Josiah (10) went to camp--a sleep-away camp, at that--for the first time this summer.  We picked him up early one Saturday morning after a very, very, very quiet week.

Seriously, Grace (6) even began to talk quietly by mid-week.  Apparently this little girl with a big voice has just been trying to talk over her big brother all this time.  Who knew?

We were all wondering how Grace would fare without her best friend for a whole week.  She did really well, and surprised us all--even herself.  She commented a couple of times, "You know, I'm not even sad that Josiah's not here.  I haven't even cried once."  This was usually followed closely by, "Who is my next play date with?"  (Yes, we had a few of those.)  Still, she was looking forward to picking up Josiah, even if it meant getting up when it was still dark to ride with me to the camp. 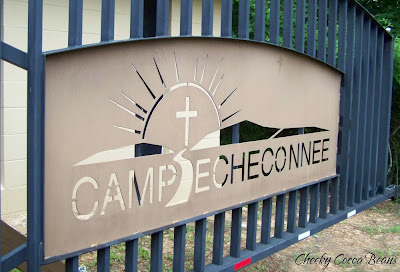 We found our camper, looking like he hadn't slept all week...

And he walked us to his dorm to get his bags so we could load them in our van. 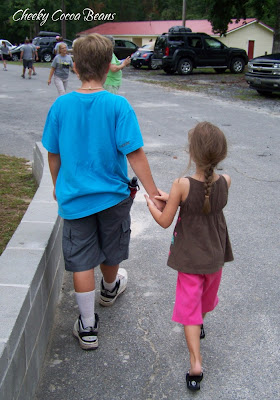 We began heading back to where the campers would be dismissed

and I asked Josiah if he'd like to take any pictures with my camera since his camera malfunctioned the day before he left for camp.  I thought maybe he'd like to take pictures of his friends--old and new--or maybe camp counselors, or something along those lines.

No, he wanted to take pictures of some awesome sand castles he and his friends made. 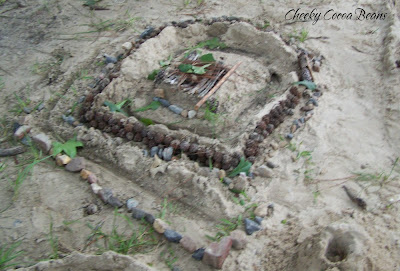 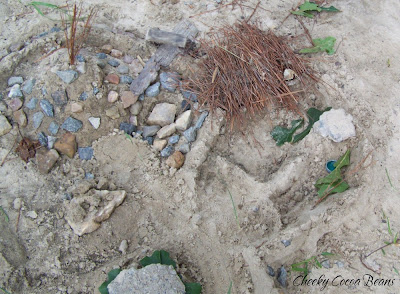 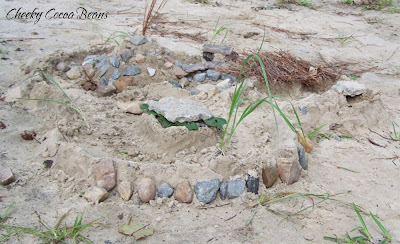 After the campers were dismissed, Josiah began pointing out various things, like the canteen area.  I believe this was one of his favorite times, due to the snack food as well as the proximity to the sand. 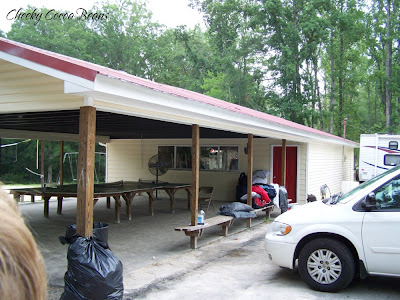 He said this was where "they tried to get as many stains on our clothes as possible" with fun but messy activities. 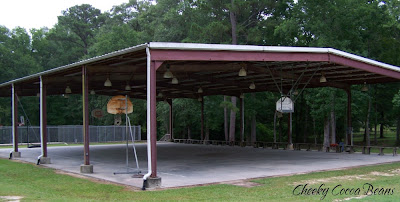 And he said this was where his team found out what an awesome kickball player he is. 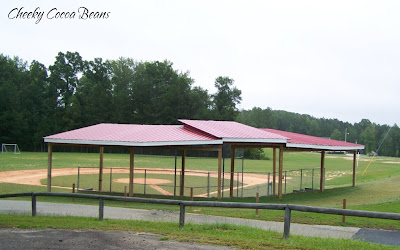 My son is a lot of things; modest is not one of them.

I asked Josiah if he had fun, and he said "no," quickly adding that they had to take 3 hour naps every day, it took 3 hours for everyone to eat lunch and supper, and they only got to swim for 30 minutes a day.

He also said that he didn't see a clock the entire week. His sense of time, as you can imagine, was a bit off.

His sense of fun was off, too, seeing as we had finally gotten a puppy and, in his mind, promptly shipped him off to camp.  I think he'll be ready to go back next summer!
Posted by Amy @ Cheeky Cocoa Beans