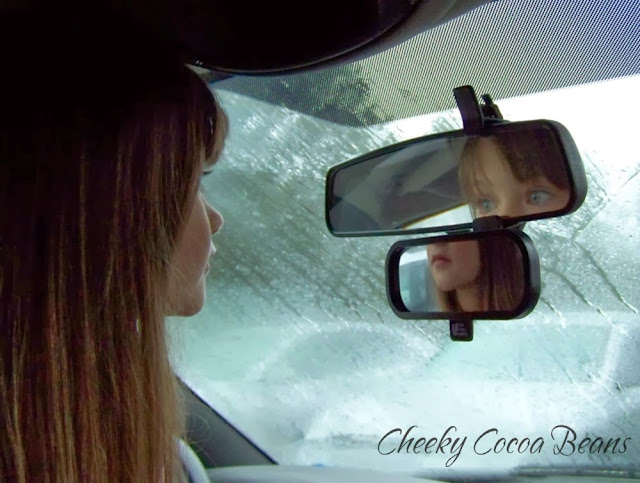 This post is linked to 5 Minutes for Mom, In the Moment with Sarah Halstead, and Teresa at NanaHood for Wordless Wednesday.
Posted by Amy @ Cheeky Cocoa Beans 1 comment:

The scavenger hunt themes for this week were


The weather today is cold [relatively speaking] and clear 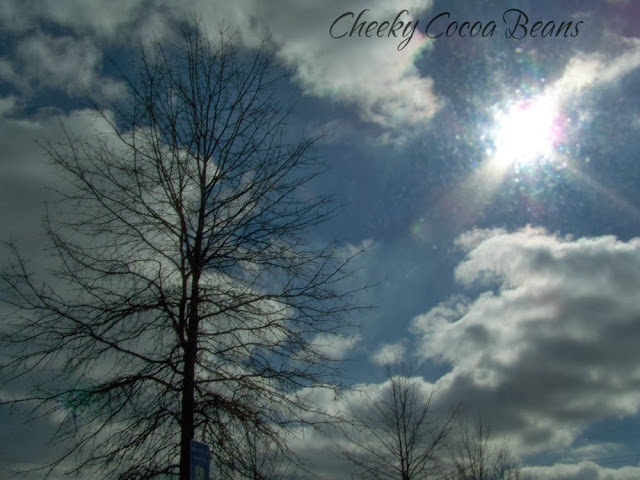 which is a welcome change from the weather we had most of last week... 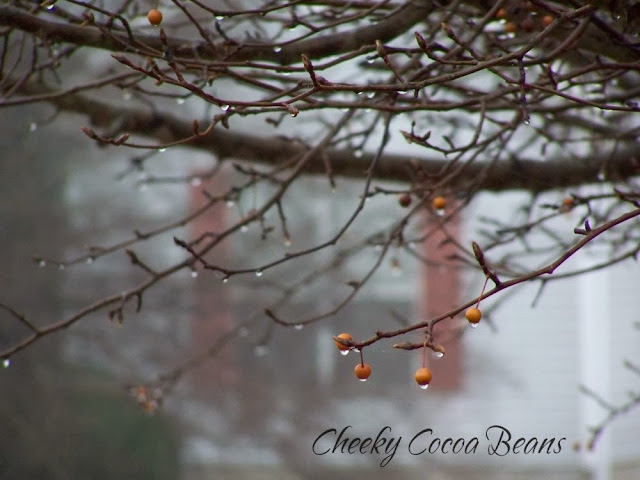 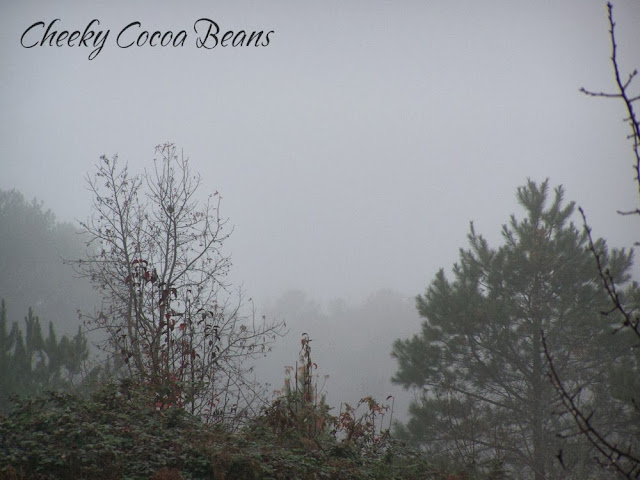 R is for...reading, of course!


Here is Grace peeking around the green Christmas tree before a skit during this morning's worship service.  I may be a little biased, but she was the prettiest of the "wise men." 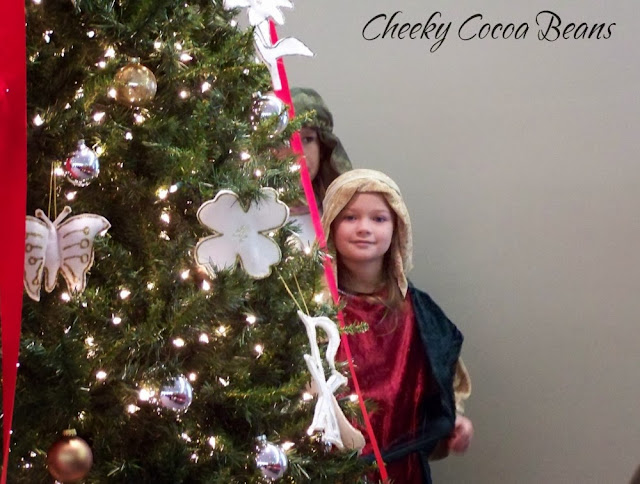 Joy has much less to do with this

and everything to do with this.

For a child has been born—for us!
the gift of a son—for us!
He’ll take over
the running of the world.
His names will be: Amazing Counselor,
Strong God,
Eternal Father,
Prince of Wholeness.
His ruling authority will grow,
and there’ll be no limits to the wholeness he brings.
He’ll rule from the historic David throne
over that promised kingdom.
He’ll put that kingdom on a firm footing
and keep it going
With fair dealing and right living,
beginning now and lasting always.
The zeal of God-of-the-Angel-Armies
will do all this.

I don't have a photo for drink, so why not another sky shot?  This was on Friday at our homeschool group meeting.  I spotted a sun dog in the sky as we were packing up to leave. 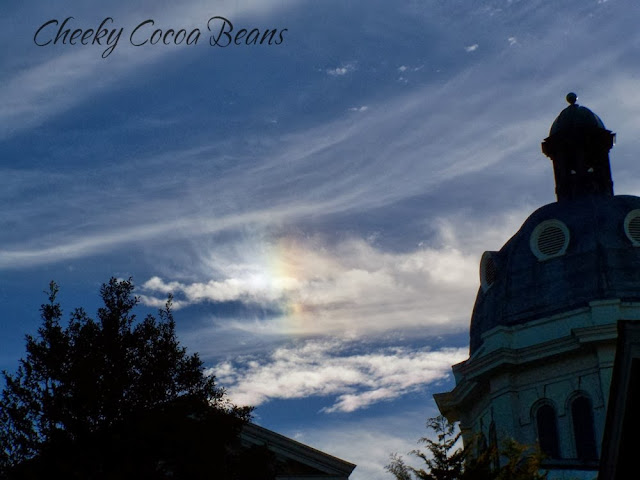 I have two boys, and although they are ages 16 and 11, they wear the same size of socks as my husband and, without careful inspection (looking at the size on the tag) pretty much the same size of underwear, too.  Who wants to look at each of the tags?!?  Not me...especially now that it requires using my reading glasses...so this is what I do.

I used a Sharpie laundry marker to make a couple of dots on my oldest son's underwear inside the waistband.  I accidentally put two dots on the very first pair (I think I thought I was holding a smaller size...I really meant to have only one dot in his, but I messed up) so all of his underwear have two dots.  I put three dots on my youngest son's underwear.  When my oldest son outgrows his, I just add a dot and they are passed down to my youngest son.

Socks are a little easier to sort for my guys.  One wears only solid colored athletic socks (we won't comment on why...or who...), so his are easy to sort out from the pile of laundry.  My husband and other son, however, wear the exact same kinds of athletic socks.  I put one dot on the underside of the toes of my son's socks (both inside and outside, because I don't turn socks the "right" way as I fold) so I can easily tell which ones are his.

Really, there's no rhyme or reason to the number of dots on articles of clothing around here.  Maybe later...but not now.


(Alternatively, I've heard of a couple of families who dump all the guys' (athletic) socks in one centrally located drawer/box for everyone to use.  This wouldn't work for our Mr. Only-Solid-Colors...or my husband, since there is also a young Mr. Looks-Like-He-Runs-Through-Mud-Without-Shoes in the mix.)
When life gets really hectic, I put each person's socks, unsorted, in a pile and they can either match them or dump them "as is" in the sock drawer.  Also, I usually buy the same kinds of socks over and over again (and we usually stick to only white socks), so when one sock gets a hole in it or goes missing, it's no big deal; there will be a match for it soon enough.

And that works for me!   What works for you?  Share a tip of any kind or link to your blog post in the comments, and I'll check it out!   Click over to We Are THAT Family for more Works For Me Wednesday ideas.
Posted by Amy @ Cheeky Cocoa Beans 1 comment:

Email ThisBlogThis!Share to TwitterShare to FacebookShare to Pinterest
Labels: Works For Me Wednesday

The view from my backyard... 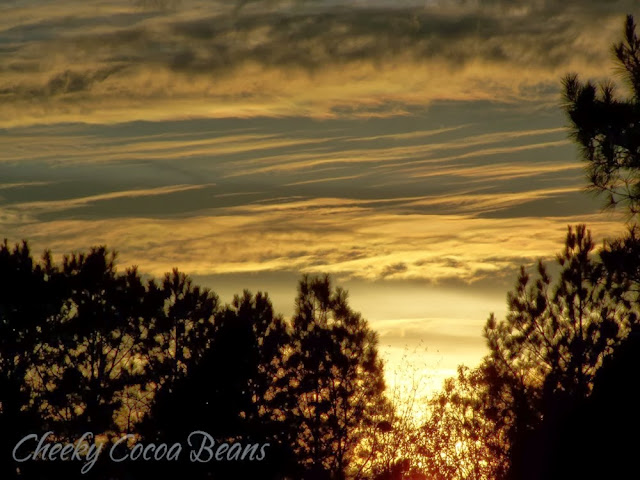 This post is linked to 5 Minutes for Mom, In the Moment with Sarah Halstead, and Teresa at NanaHood for Wordless Wednesday.

The photography prompts for this week's scavenger hunt were:

From where I stood in the kitchen earlier this week, I looked out our window to see the last remaining bit of color on our trees in the front yard.  The window was open because of much warmer temperatures that we had for a few days. 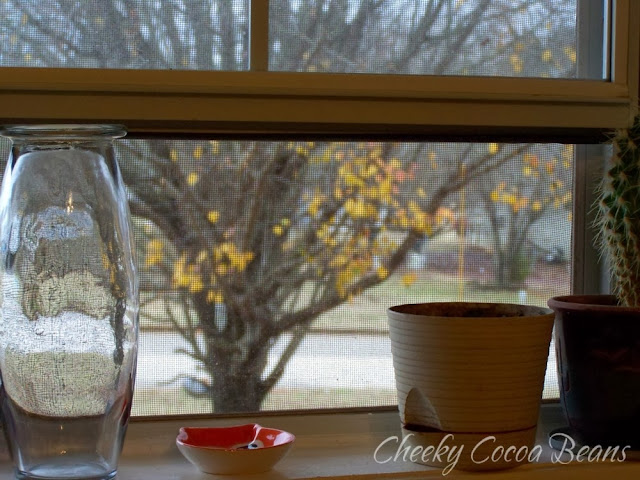 A friend braved the rain to take us both to our church's "Secret Sister" party one night.  The raindrops on the windshield looked like gold and silver droplets with the house and Christmas lights behind them.  (Yes, I know it's a stretch.) 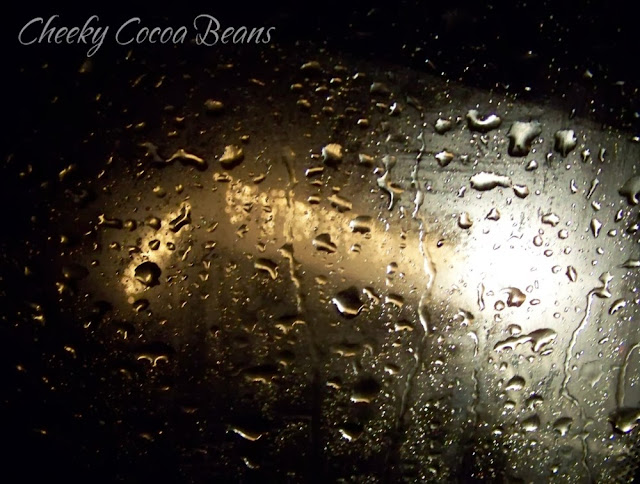 Saturday was the Christmas parade in the square.  I have a confession to make:  in the 14 years we have lived here, this was the first time we ever made it to the Christmas parade.  Most  years we planned to go but something came up (other plans or obligations, illness, etc.) and some years it just never made it on our radar.  We went this year, and it was wonderful!

There was a (relatively) tiny and impressive replica of the clock tower and court house as one of the floats. 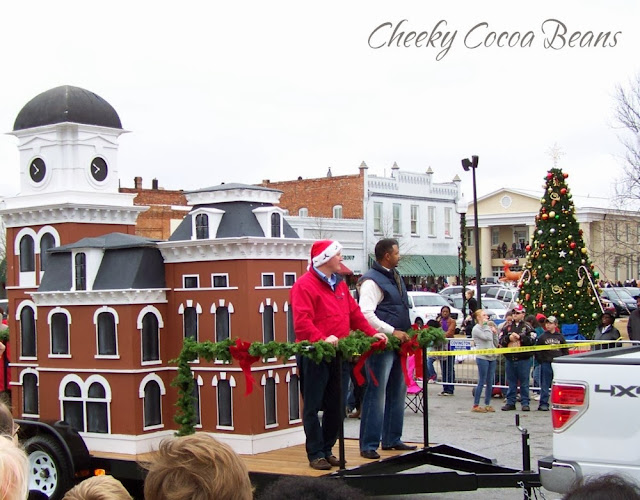 And this is the real thing: 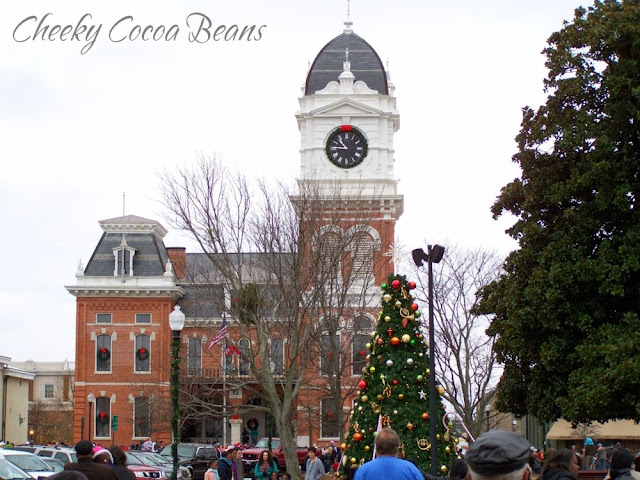 The clock tower is enveloped in shadows in the next shot. 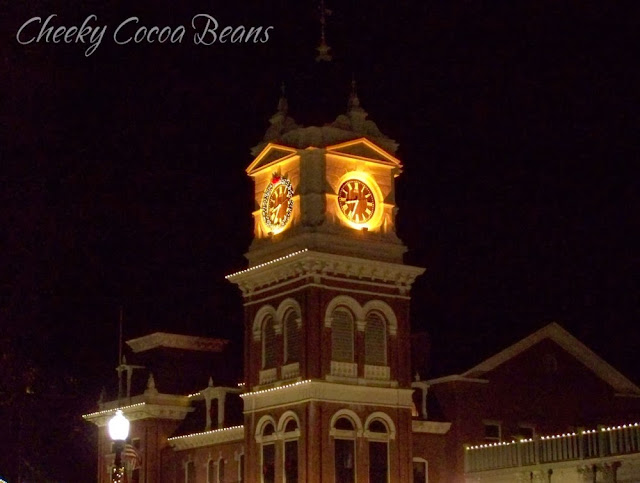 But these two shot, from my archives and from a time when Grace was 6, are my favorite shadow photos.


Click on the link below to see others' photographs or to join in on the fun!