After one week...OK, three days of school, we've had the week off (so far) because of snow! 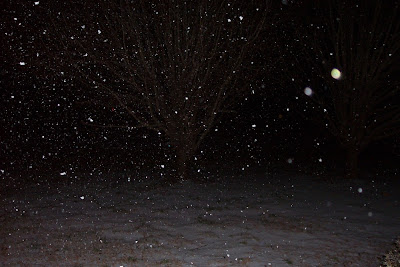 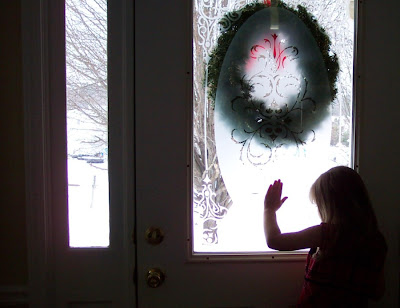 Grace spent much of her time in short sleeve dresses, making the rest of us (or maybe it was just me) feel cold. When she wasn't dressed to go outside, she was in dress-up clothes.

Even on the first day, there was a lot of ice mixed in with the snow. These two were the only ones who braved the weather. 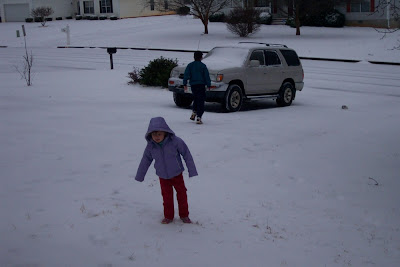 Well, besides these guys... 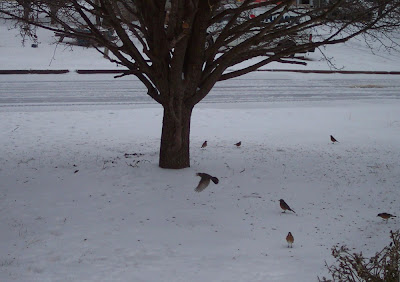 We improvised to get the ice off our driveway... 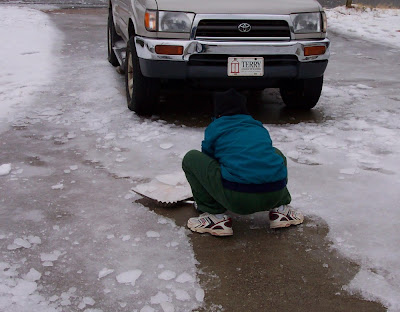 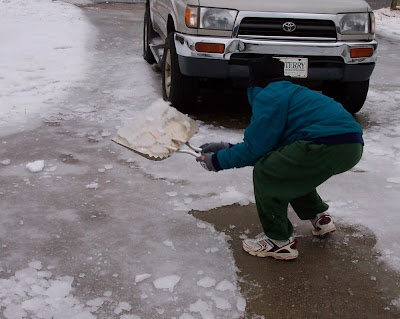 Banging our wooden broomstick handle on the ice helped break it up, especially on day three after everything froze over again. Our broom is a little shorter now. ;)

Day three: Playing in the snow became sliding on the ice. 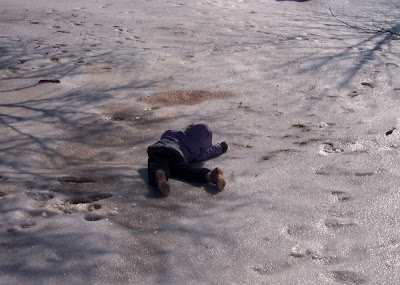 Grace found a way to shimmy across the yard. 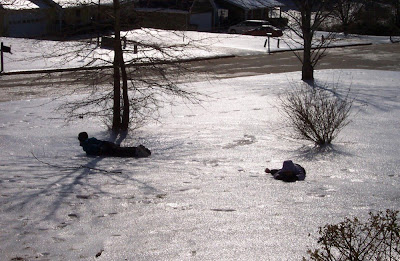 The quest to find the best places to slide in the yard.

On day three, we ventured out! We had planned to go to the library (a new branch near us just opened) but it was just as well that we didn't, because we needed the extra time to stand in line at the grocery store. Most of the roads we drove on were clear, but there were some icy patches here and there. 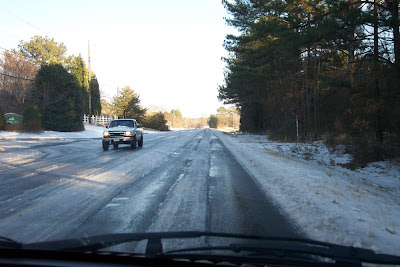 The undisturbed snow looked so pretty 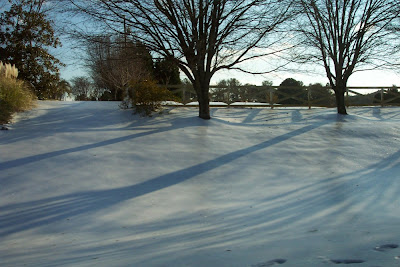 but it was really all ice 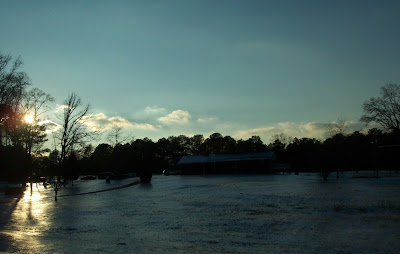 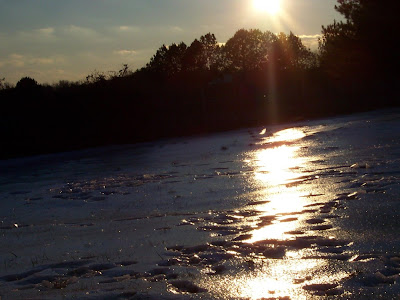 which made for some good sliding down the hill at our church! 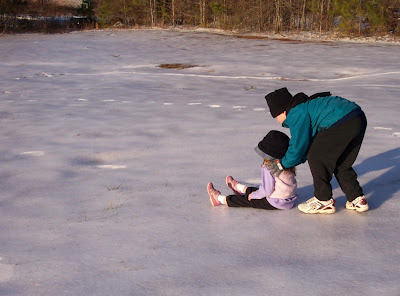 Josiah helping Grace slide down the hill. She managed to get in the van without a proper coat or her mittens, but I still let her go down the hill twice. ;) Josiah helped push her since she couldn't move herself without mittens on. 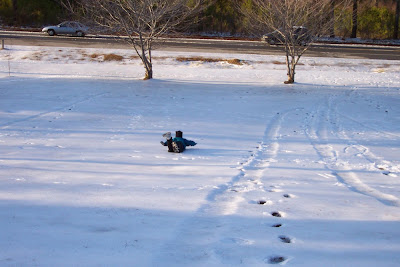 Josiah went down lots of times. Coming back up was a challenge...he had to slip and slide until he reached footprints to get up the hill.
Just the fact that we had a "day three"--and now, day four--is odd. As my brother says, this is imported snow because our snow never sticks around this long. ;) The temperature hasn't warmed up enough for much of it to melt away, and won't until Saturday.

According to CNN, 49 out of 50 states have snow, and 69.4 percent of the lower 48 is covered with some snow accumulation. Do you have snow in your area?
Posted by Amy @ Cheeky Cocoa Beans