Probably the more accurate title of this post would be
"First and Last Snow of 2009."
We'll see...

We had a mix of rain and snow (mostly rain) as we were leaving church on Sunday. By the time we were driving back home after eating out (whoo hoo), it was SNOWING. 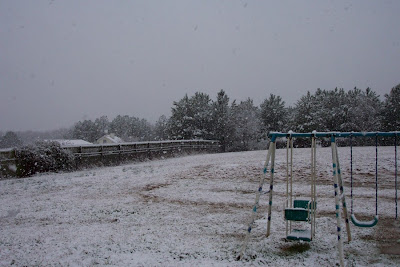 This was Grace's first time playing in the snow. I think she would agree that it was worth the wait to put on all of those layers that I insisted she wear. 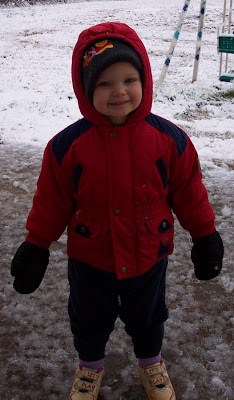 Willy Wonka and Grace built a snowman or two. (Don't you like my hat? I wear it maybe once a year--when it snows--so I'm not terribly picky.) 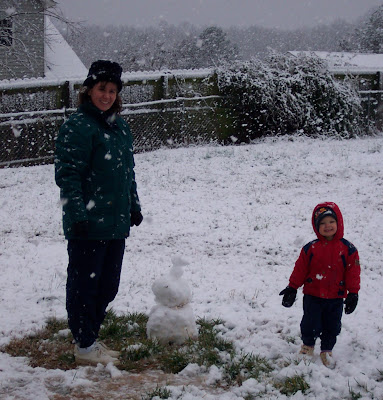 Bob--er, Josiah--the Builder at work. He built a village of snowmen in a semi-circle. 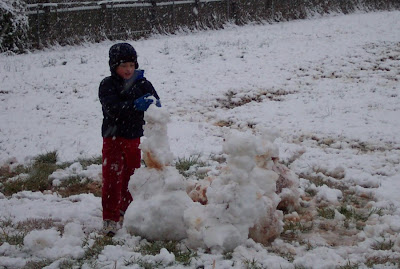 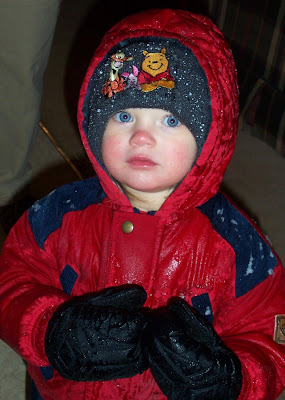 Cold and wet but still not ready to come inside.

Robert decided to try some "snowboarding" with some friends using a skateboard deck. They had fun trying. And there were no broken bones. 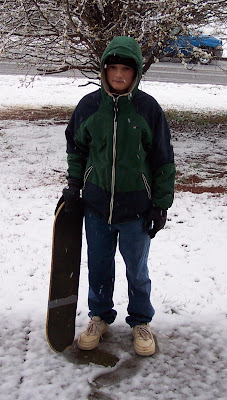 Here is the snowman he built in the front yard. He's indicating how tall it used to be, before the snow started melting. 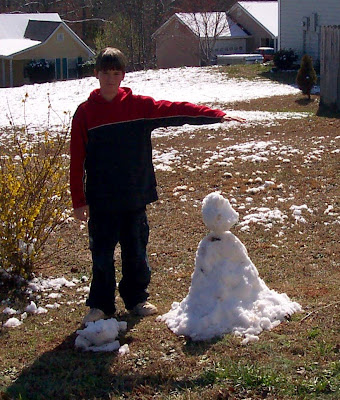 Because this is what our yard looks like now: 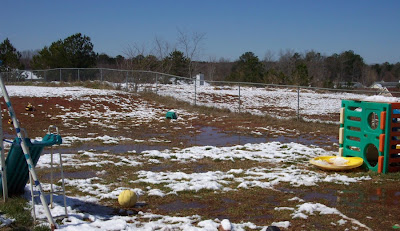 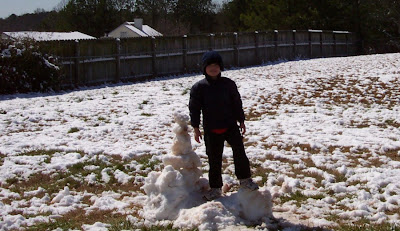 P.S. Last year when it snowed, the boys worked very, very hard to build this tiny snowman. It is standing on a landscaping stone--that's how small it is. There was so little snow that they scraped off the snow from surfaces like the sliding board and swings. 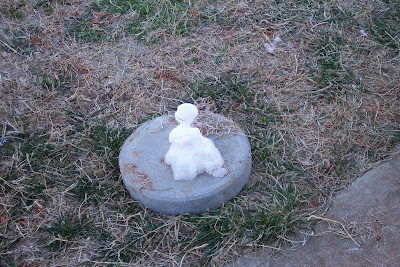 That year it snowed right before bedtime, so I let the boys go out with the outside lights turned on so they could play before it all melted away. There wasn't any snow left the next morning. Their little snowman was the only thing left. Isn't he pathetic?? :)

They look like they had a blast!! And I think you should be wearing your Willy Wonka hat the next time I see you because it just looks that good on you! Blessings.