Back home in Athens again

On Saturday, we went to Athens since Slade needed to do some research at the UGA library. The kids and I headed over to Grandad and Miss Kathleen's house for a visit. (I'm sorry--This is going to be a series of photos or else I will never get this post done!) 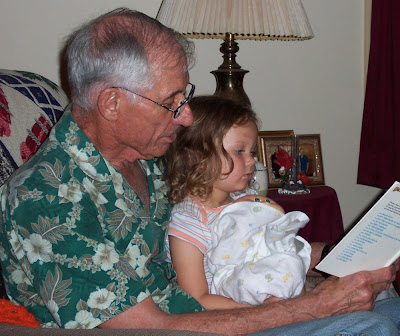 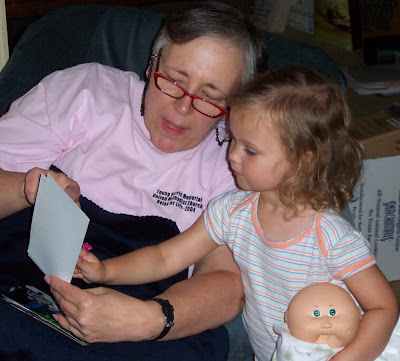 Looking at photos with Miss Kathleen, who is recovering nicely from knee surgery. 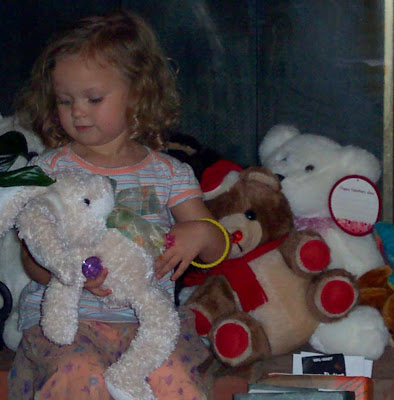 Grace sitting among the stuffed animals on the hearth. 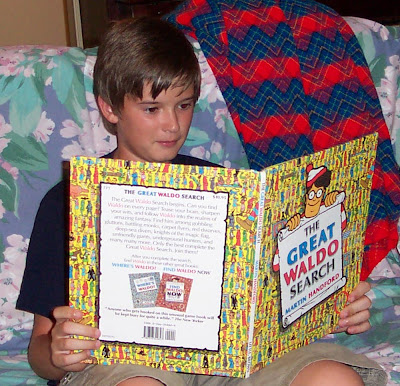 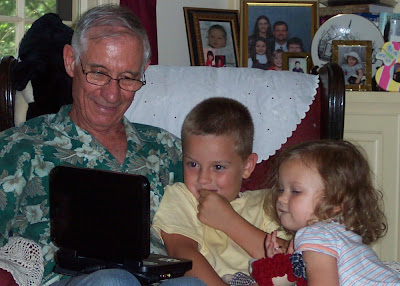 Enjoying a Mr. Bean DVD the kids brought for the trip. It's amazing and just a little scary how often we hear the kids--even Grace--quote Mr. Bean.

We also visited with Shirley while we were in town. 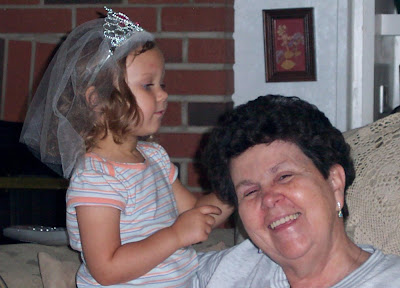 Shirley said it'd been a long time since a little girl "fixed" her hair...and I wonder if a princess has ever been the one holding the comb?

Robert and Josiah both enjoyed playing on Shirley's Wii. He was too distracted to stop me from taking pictures while he was bowling. He tried to convince me what a great idea it would be to buy a Wii...His main selling point was that I would be able to take great pictures of him. Ha. 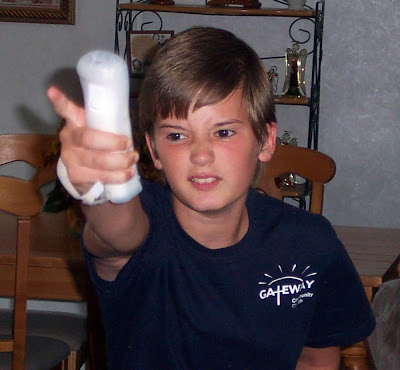 Shirley attempted to get a group shot of the kids before we left (She had the better angle on these shots): 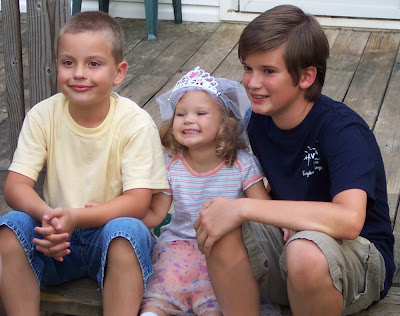 Of course, it got goofy all too quickly... 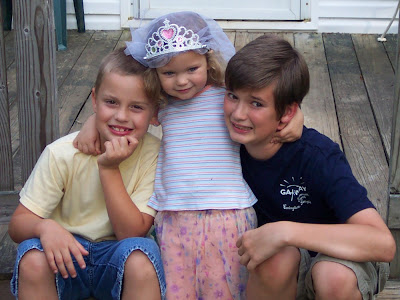 We picked up Slade from the library at closing time and stopped to eat before getting back on the road. Grace started doing a Mr. Bean impression over and over again while eating her black beans one by one: 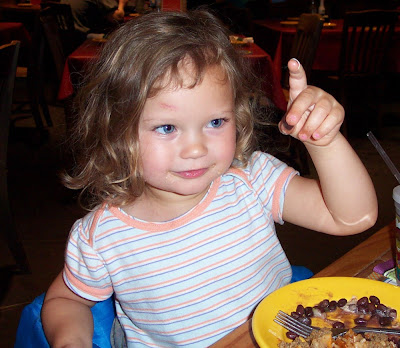 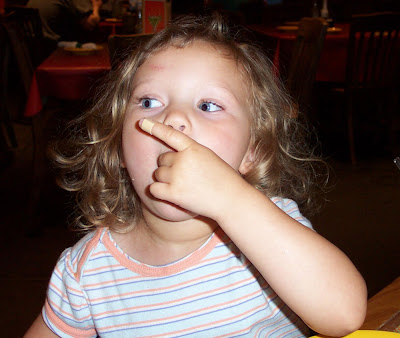