Today I made a Bingo game for my kids to help them memorize the most common prepositions (which is how Easy Grammar Plus, a multi-grade level grammar curriculum we recently began using, starts out).  My oldest two (11th and 6th grades) are the ones who will need to memorize the prepositions right now, but I figured it wouldn't hurt for my youngest (2nd grade) to play along, too.  (The challenge will be getting my 11th grade son to play the game with us...but if he does, he will learn the most common prepositions the easiest way.)

I looked online and found a list of prepositions that matched the list that Easy Grammar uses, and it already had each word in small blocks...perfect for the calling cards for a Bingo game.  I used Microsoft Publisher to create very simple Bingo cards with randomly placed prepositions, printed them on brightly colored (and already used on one side) paper, and this is how it all turned out: 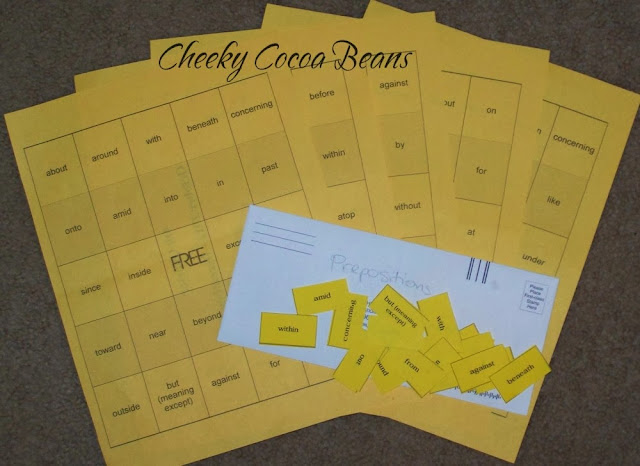 Previously I made a Bingo game for learning how to tell time to five minutes using templates a teacher friend gave me: 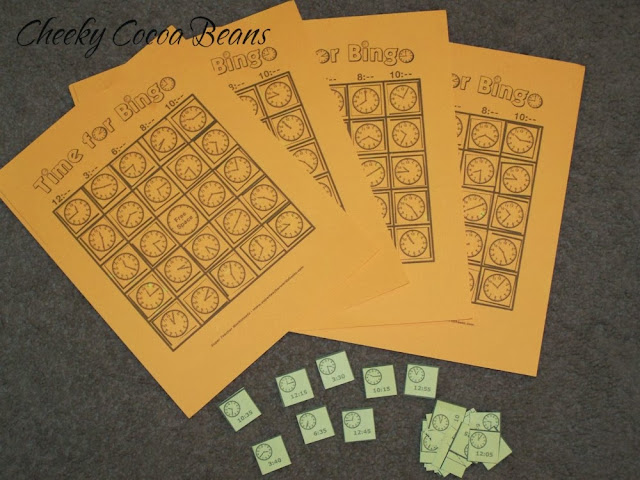 Since the Time Bingo game was meant for a younger crowd, I printed the Bingo cards and calling cards on (already used on one side) card stock for durability.

Here's a close-up of one of the Bingo cards so you can see that each column has all the times that belong to either the 12, 3, 6, 8, or 10 o'clock hour.  I put Grace to work gluing on the small, randomly placed (except for the hour) clocks in each of the squares on each of the cards. 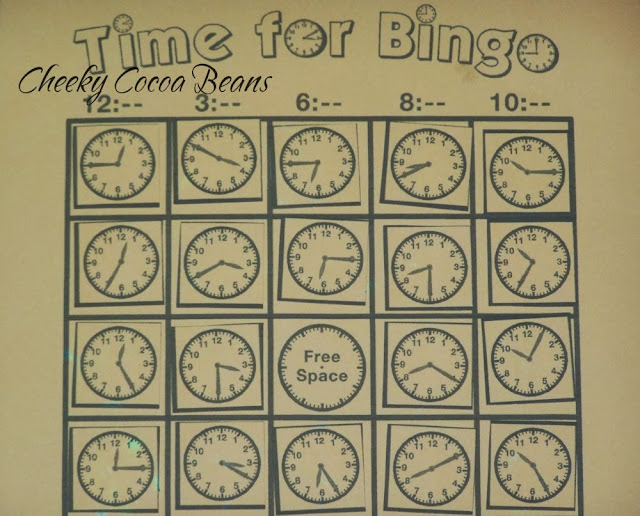 Many years ago, before I was so fancy with printing out Bingo cards on the computer, I made them by hand using cereal boxes for the cards and construction paper for the calling cards.  This set of cards is for number recognition--11 through 20--that I used when my oldest was little.  I drew a couple of "sample" calling cards on the envelope so I knew which set they belonged to.  (If I had it to do over again, I would have done 11-19 instead, assuming that 10 is readily recognized by the child.) 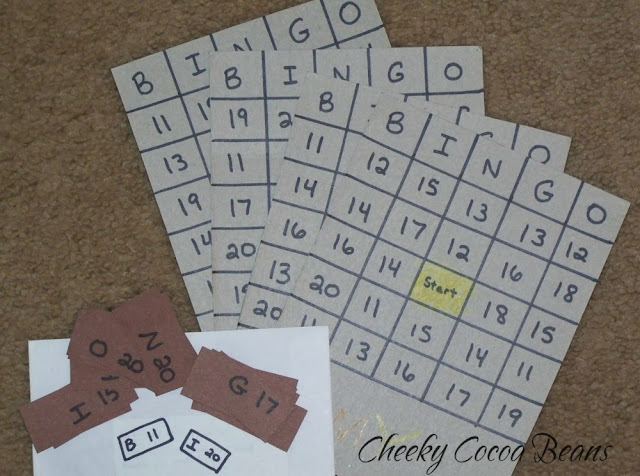 Here's the next set of cards I made way back when...for number recognition of the 20s.   I drew a couple of "sample" calling cards on the envelope so I knew which set they belonged to, too.  I didn't make a set for the 30s because by the time we played the 20s set, my son had the hang of number recognition. 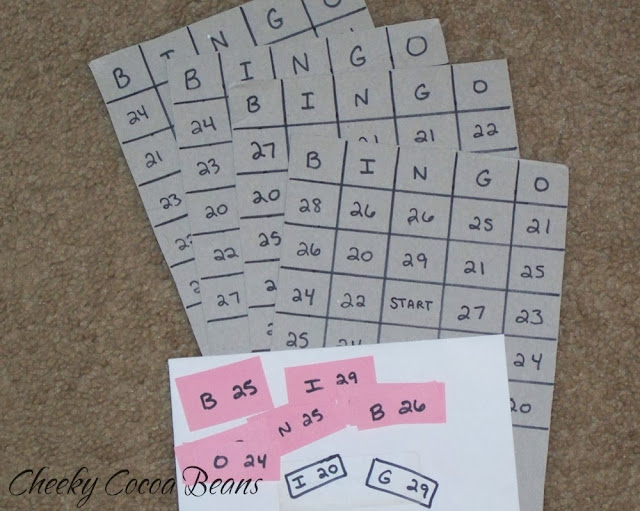 These are the BINGO chips I made way back when...and still use now.  They are just pieces of construction paper and I keep them in an envelope.  If one (or a dozen) get lost, it's no big deal. 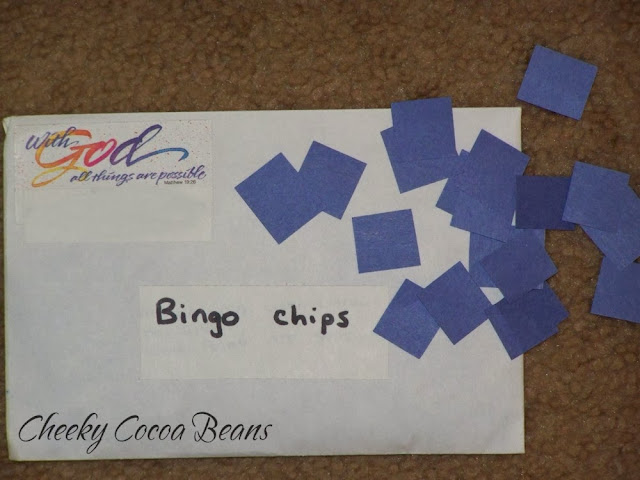 I keep all Bingo card sets together in one manila envelope so I only have to keep up with one set of Bingo chips.  Plus, I've found that sometimes one game of Bingo leads to wanting to play other Bingo games, so this keeps it all together for an easy transition.

And that works for me!  Click over to We Are THAT Family for more Works For Me Wednesday ideas.

Perhaps the best part of today was a few hours after I had played the preposition Bingo game for the first time with my youngest two children (6th and 2nd grades).  I had Josiah, my 6th grader, write down as many prepositions as he could remember; he remembered 16 today.  I thought I, too, would write down as many as I remembered; I remembered 20 today.  Grace, my 2nd grader, walked in the room, and I asked her if she remembered any prepositions from playing the game...she remembered 19. NINETEEN...and this was after possibly never having heard the term "preposition" before today.  She was tickled with these results, and I was, too.  :)
Posted by Amy @ Cheeky Cocoa Beans

Email ThisBlogThis!Share to TwitterShare to FacebookShare to Pinterest
Labels: Homeschooling, Photos, Works For Me Wednesday

In this article the writer describe his own idea.very good.