We took a little trip over to High Falls State Park (Georgia) over the weekend.  We had gorgeous weather!  I took 188 photos and somehow narrowed it down to just under 30.

In case you wonder about his absence from these photos, Robert (16) was hired out for the day so he wasn't with us.

Grace and me...This was a recreation of the (failed) photos we had done a few years ago, which you can see by clicking over here.  This time, however, Grace is actually looking at the camera. 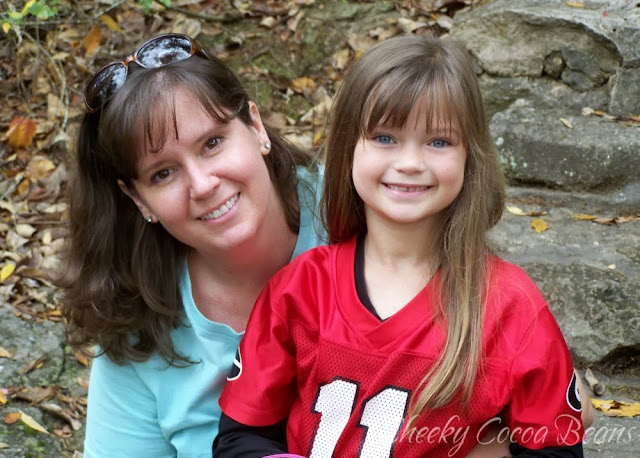 High Falls was where Jason asked me to marry him.  Apparently, we weren't the only ones who chose that exact spot... 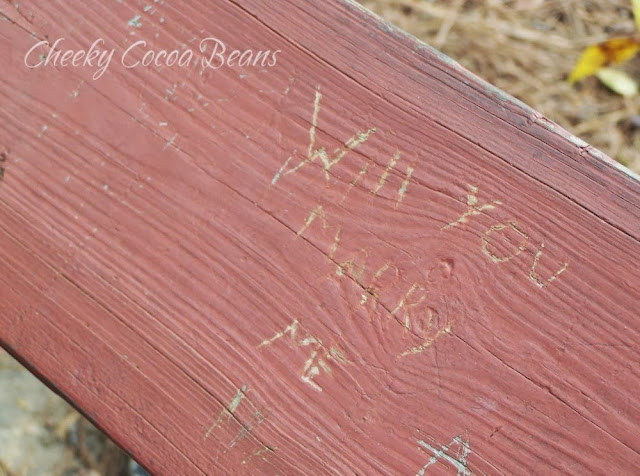 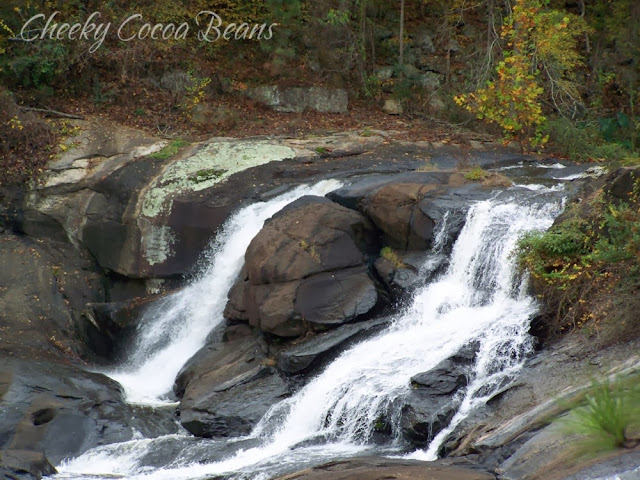 I got a few stares from another group on the trail with this shot...and it was worth it. 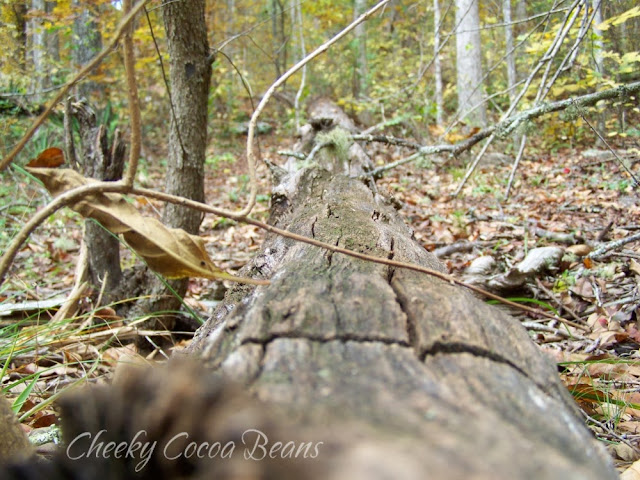 Grace the fearless hiker.  She told me Indians had left the red marks on the trees; she was at the next marked tree further down the trail.  (It was immediately after this shot that she asked me to call her by her Indian name, Indiana.) 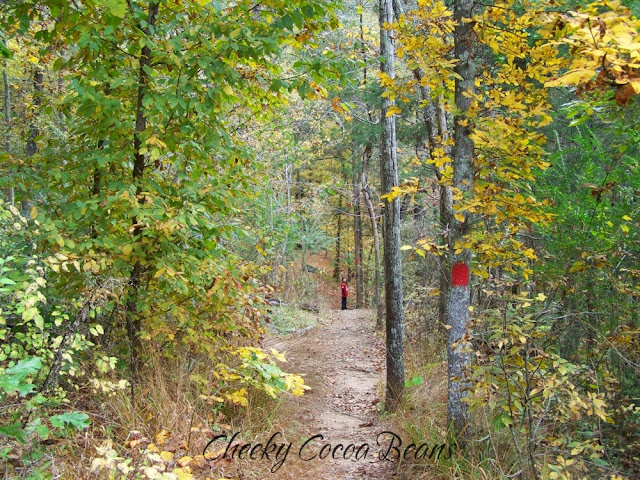 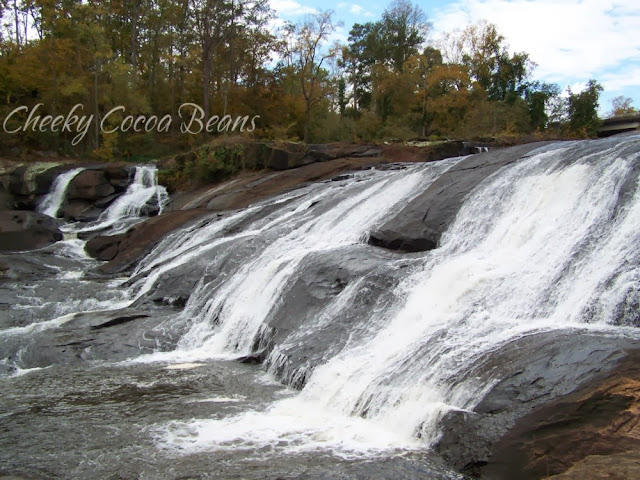 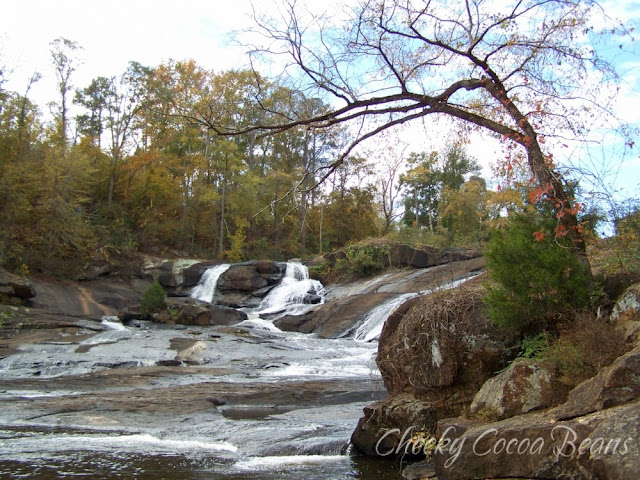 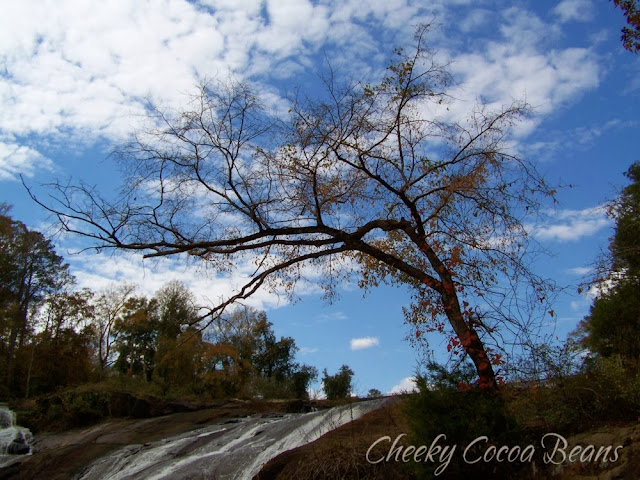 The kids found shells in at least one area at the base of the falls. 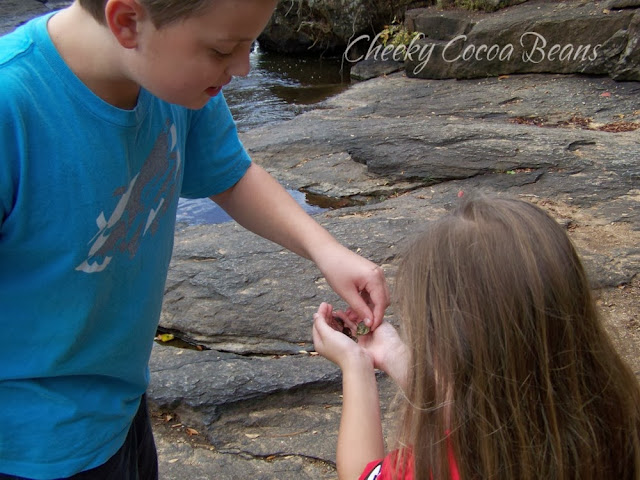 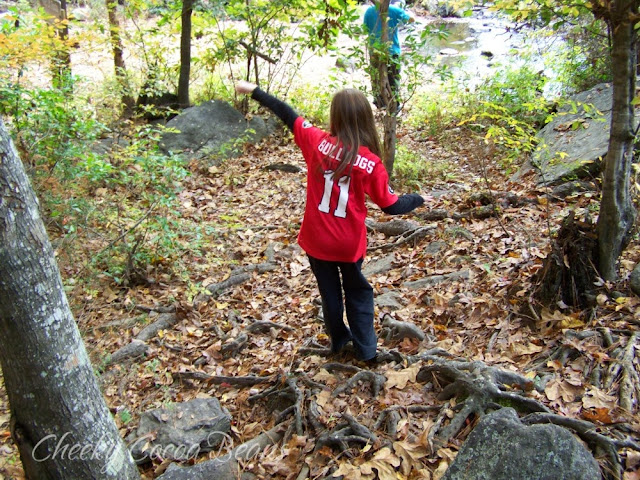 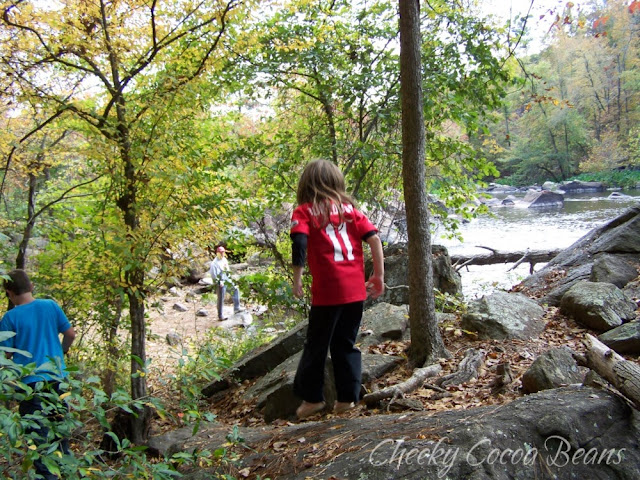 and, fortunately, didn't need a trip to the ER despite her repeated attempts to get there from here.

Jason spotted a lizard...camouflaged perfectly with the rocks. 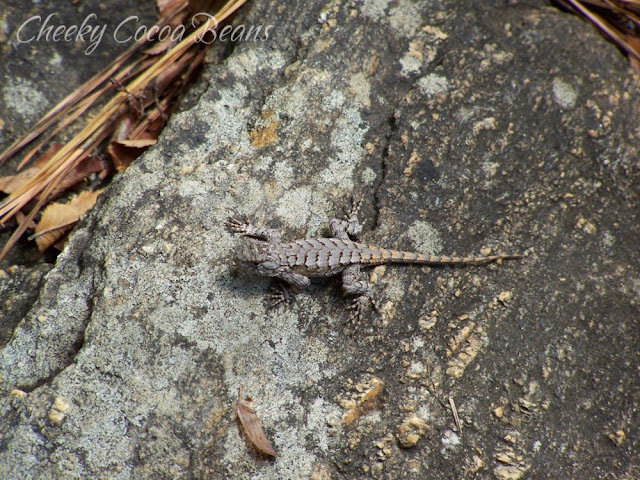 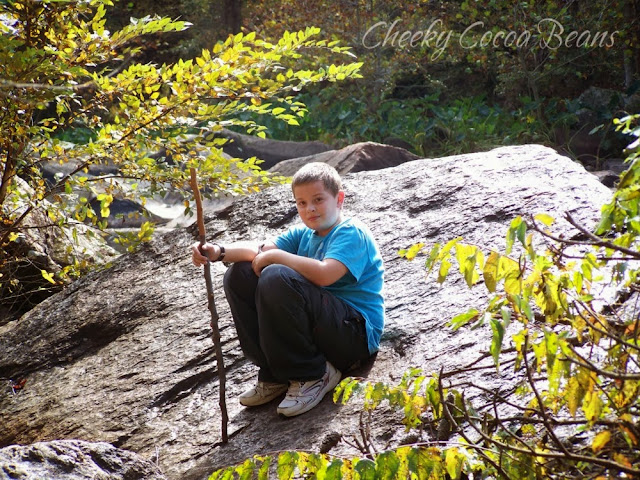 and we spotted what appeared to be a blind boy walking across the rocks.  (That would be our Josiah with his spy glasses on and with his walking stick.) 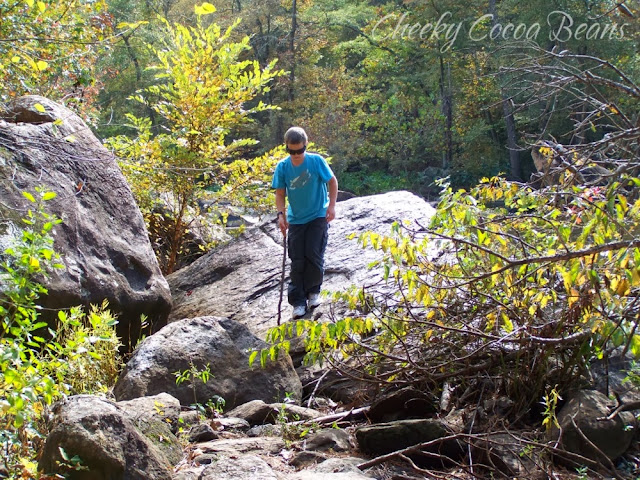 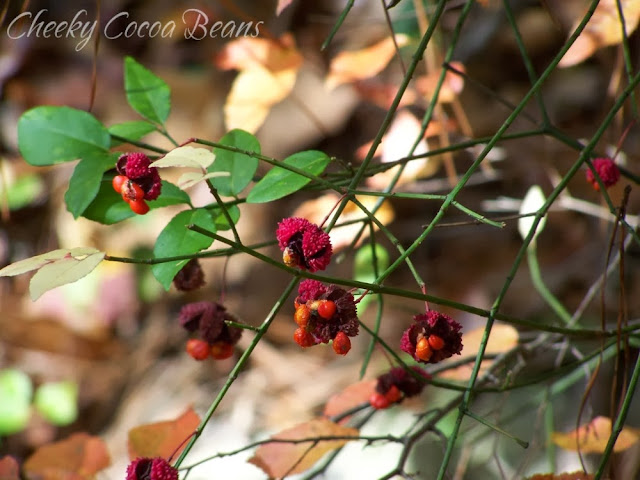 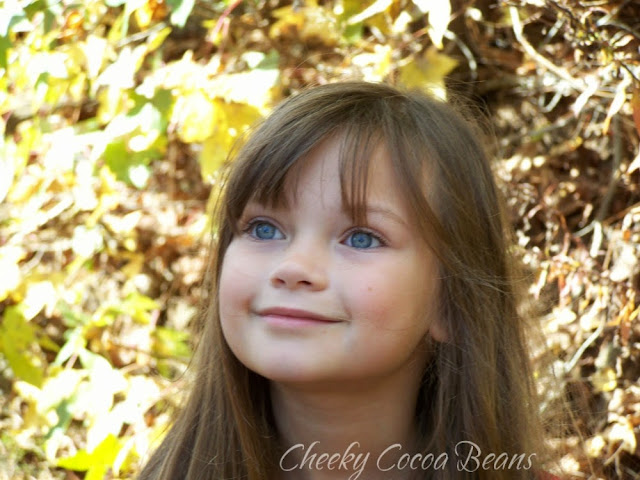 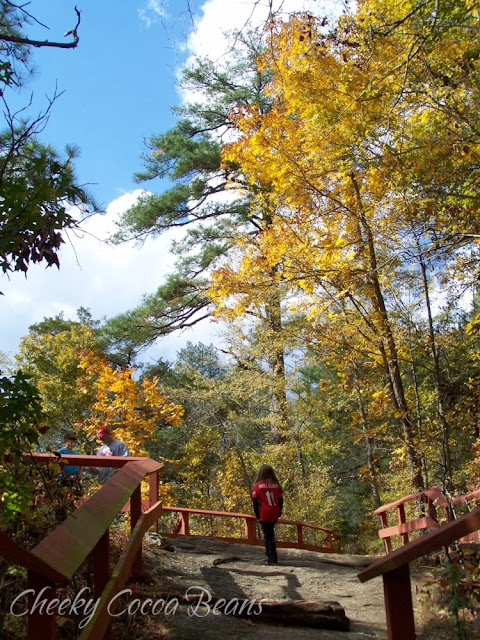 Jason, Josiah (11), and Grace (7).  Josiah complained to Grace immediately after I took this picture, "Dad was pinching me the whole time, trying to make me mess up the picture!"

Grace's response?  "That's why I didn't stand next to him!" 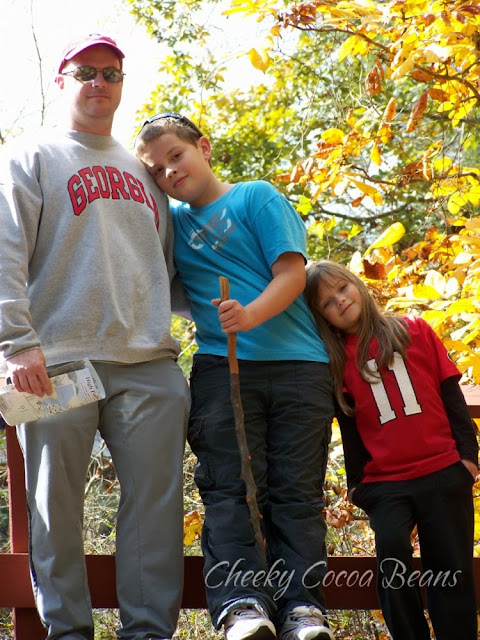 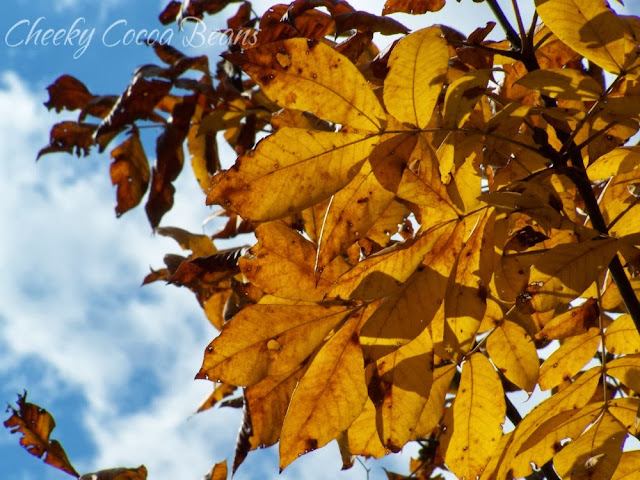 Moss and ferns growing on an overhead branch... 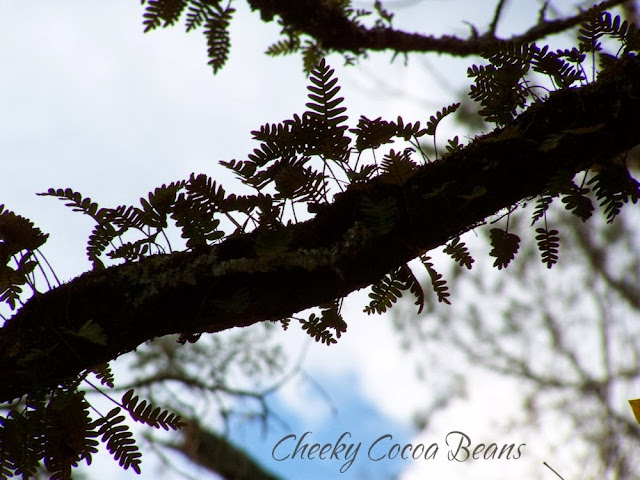 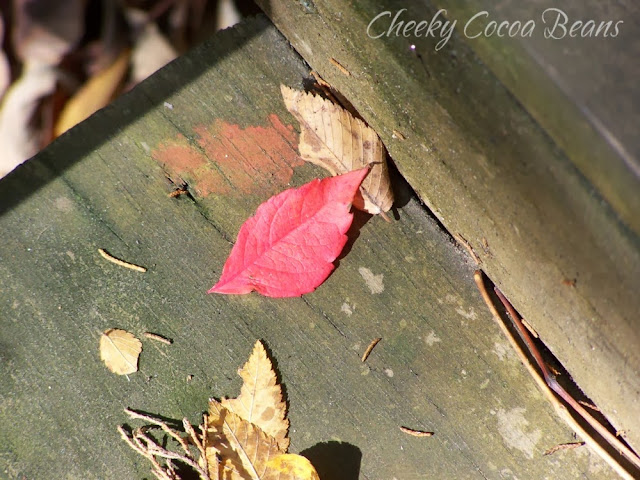 A sunburst through leaves. 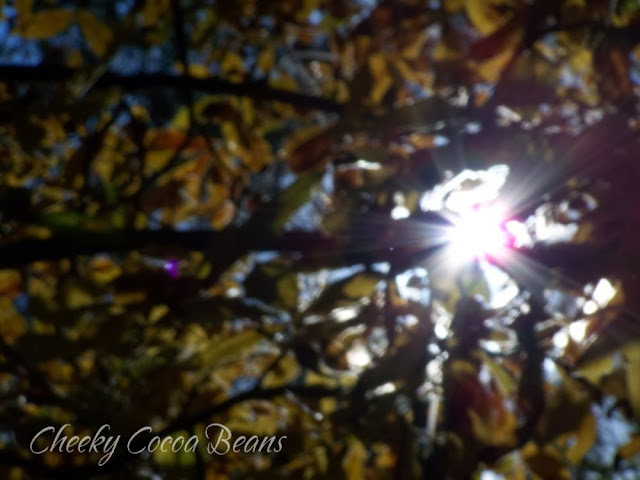 Now we're on the other side of the falls, where the trail starts off wide and flat. 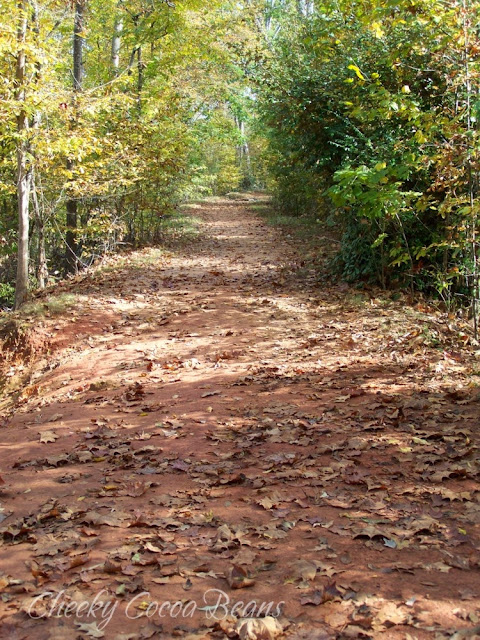 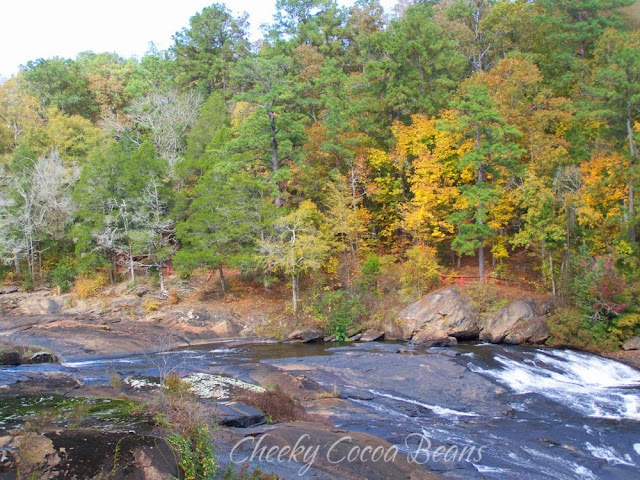 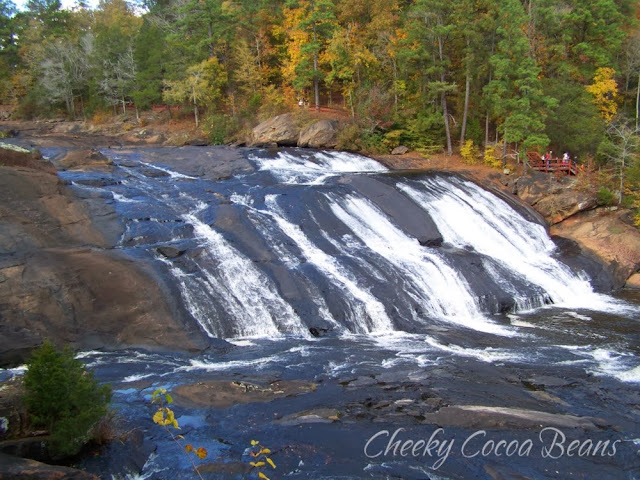 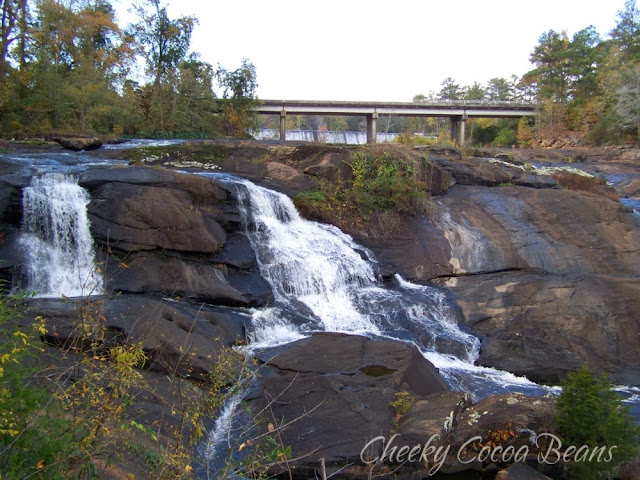 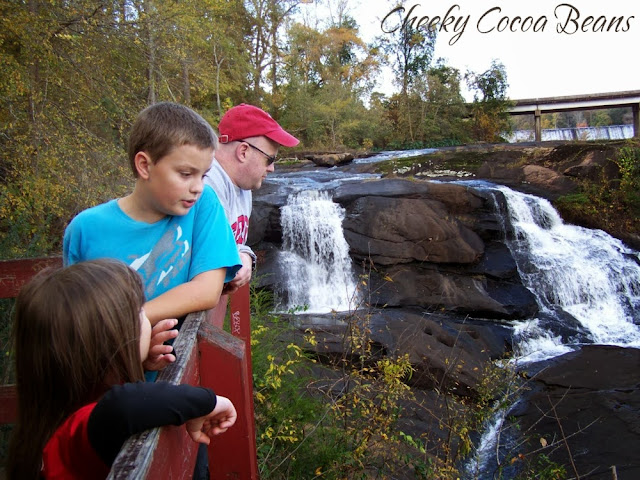 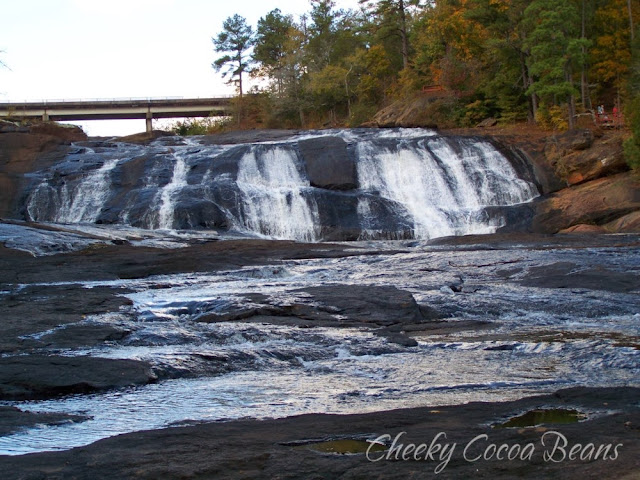 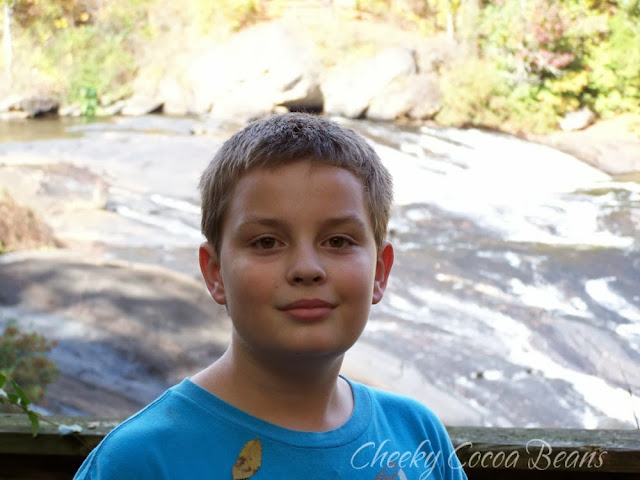 This post is linked to 5 Minutes for Mom, In the Moment with Sarah Halstead, and Teresa at NanaHood for Wordless Wednesday.

Click here to see more (close up) photos from this trip to High Falls!
Posted by Amy @ Cheeky Cocoa Beans

What a great place to be

WOW! Those are gorgeous!!

Looks like there is a little bird nesting on Josiah's head.

What a lovely family you have. Such a pretty place to get a proposal at. I love waterfalls and would certainly enjoy seeing this one. I loved all your photos.