A St. Simons kind of humor

When you visit a new place, you can expect to see some humorous things, such as signs giving (what should be) common sense advice like "Do Not Feed the Alligators." 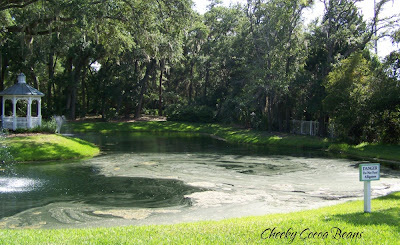 I don't think anyone would ever have to tell me not to feed the alligators. Seeing that sign on open property is pretty much enough to keep me in my car!   ;)

There are also the humorous stories that come about from talking with the locals, like when an older man told me the history of this pelican. 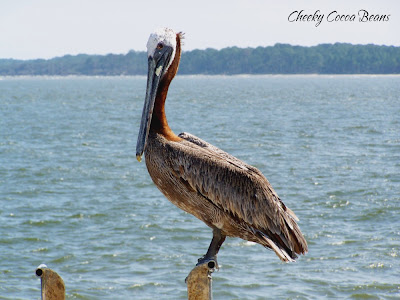 The man declared that this old pelican is the most photographed thing on St. Simons Island.  The pelican sits all day long on a ladder at the edge of the pier and is fed daily by the fishermen who come to the pier because he is too old to hunt for himself.  He will not bother going after any fish that are accidentally thrown off the pier when the fishermen throw a portion of their catch to him but is content to eat what lands on the pier.  (And, yes, people are constantly taking pictures of him.)

Then there are the things that just struck me as funny, like the pelicans flying in formation over the beach 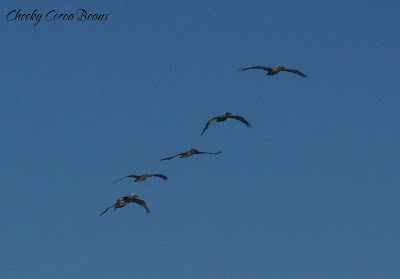 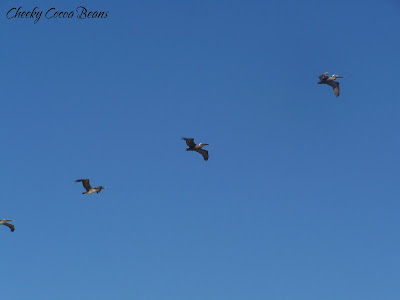 and the black crows that joined the seagulls in looking for bites of food among the blankets and umbrellas, like they would just blend in. 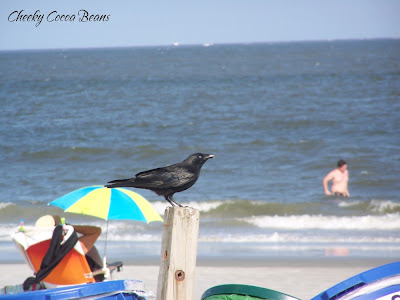 There are funny political campaign signs...


There are the quirky things you find in quirky downtown shops... 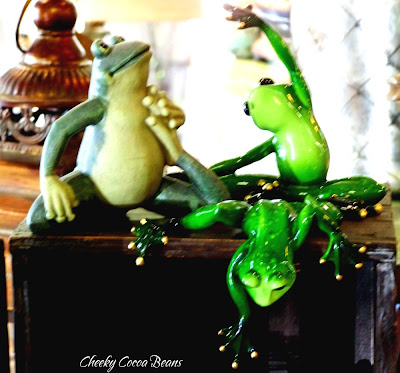 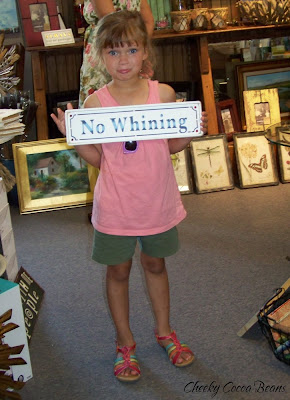 Some things you find humorous because of the company you keep, such as when my 6 year old daughter found wedding dresses in the back of a shop.

I heard Grace squeal, and when I saw what she had found I commented that I would have loved to have seen the expression on her face when she saw the dresses...so she did her best to recreate it for me.  Somehow, I think this is a pale imitation of reality. 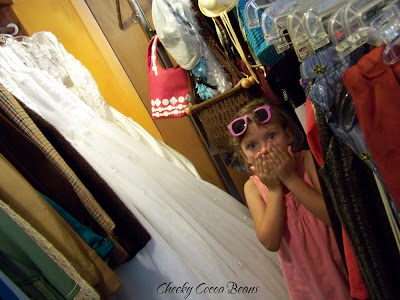 All of these things are delightfully quirky, and not too terribly out of the bounds of the ordinary, right?

However, some things will take you completely by surprise, such as a notice of velociraptor that was "found"... 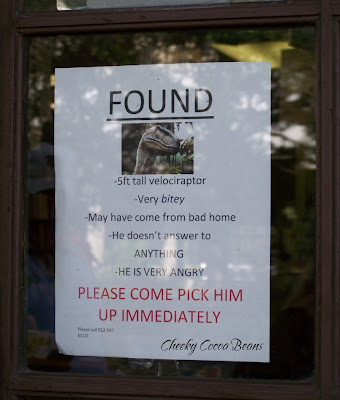 "Very bitey"...I love it!  I wonder if the person ever gets any phone calls?
Posted by Amy @ Cheeky Cocoa Beans