During our weekend getaway to Charlotte, NC (November 2011), we went to Discovery Place, Charlotte's children's museum.  We went on a Monday, on the day we were heading back home, because we thought we could avoid crowds that way.

Well, guess what?  When we arrived, there were a bunch of middle school kids there on a field trip.  However, we were still able to take our time looking at various things that they weren't looking at...and then they left and we went back through the portions of the hands-on museum that were previously crowded.

I think Josiah (9) and Grace (5) could have stayed at this station for hours...pulleys! 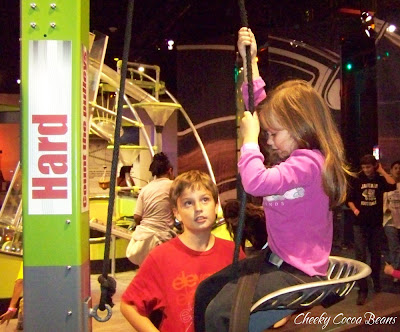 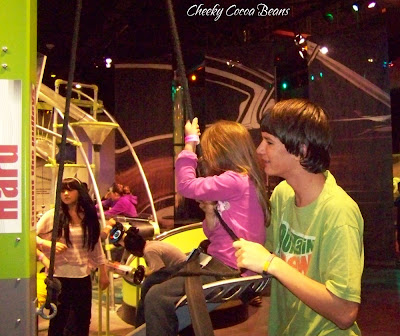 There was also the bed of nails to try out... 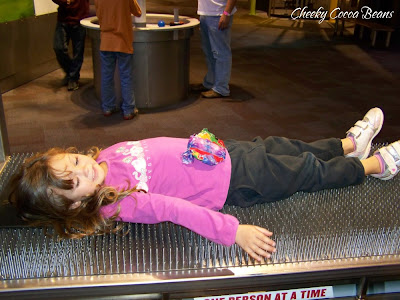 (In the photo above, Grace has her duct tape creation sitting on her belly.   That's another station all of them could have stayed for hours!)

I forget the purpose of this exhibit, except it had something to do with the smoke and lights.  Josiah loved it. 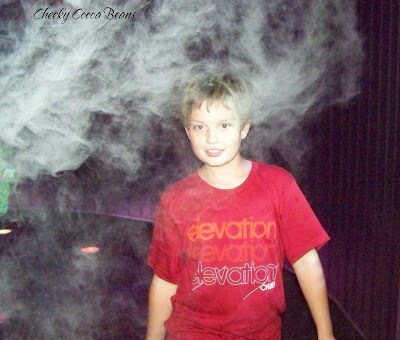 Grace liked the water table.  She was able to touch starfish and other creatures I've probably still never touched. 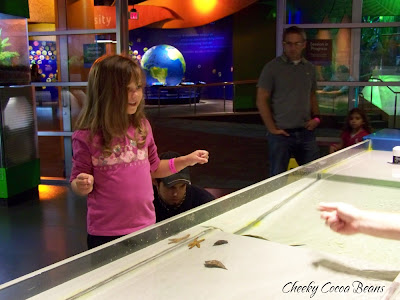 She also looked at her duct tape creation with a fancy microscope.  (There were slides available to use with the microscope, but why look at those things when you can look at something pink and purple?) 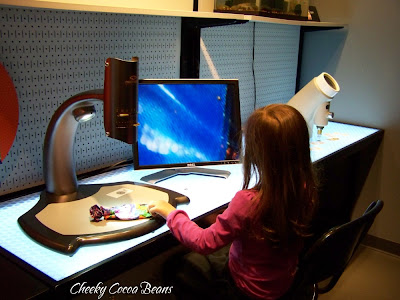 There was a bear exhibit that apparently just begged for a little dramatic performance... 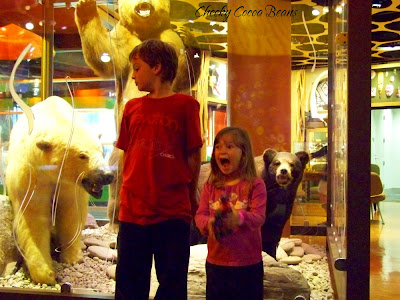 We walked through the small aquarium exhibit... 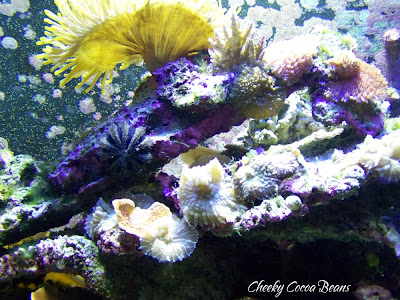 ...which wasn't anywhere near as extensive as, say, the Georgia Aquarium or (our current favorite) the Tennessee Aquarium, but was still nicely done. 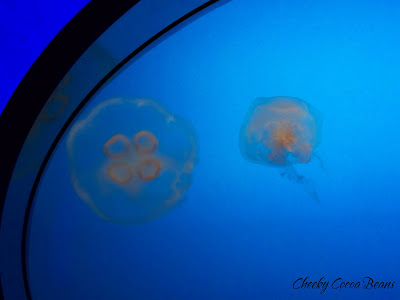 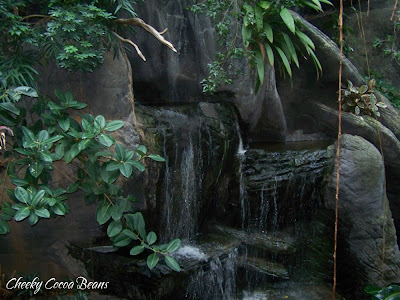 The next photo was particularly impressive to me, since I took the photo while standing on the observation deck of the rainforest exhibit and this little blue frog was waaaaaaaaaaaay down below me on the floor of the exhibit...and he's in focus. 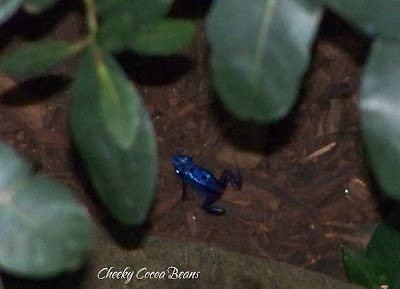 The only disappointment I can remember is the rope bridge in the rainforest exhibit, which was mentioned on the website and sounded like a big deal.

Well, this was it: 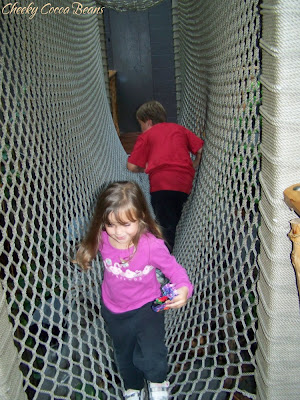 It took each kid maybe 5 seconds to cross it.

But I won't complain, because my 14 year old, who started off our visit with comments like "Can we go now?  Why did we come here?" ended up laughing, 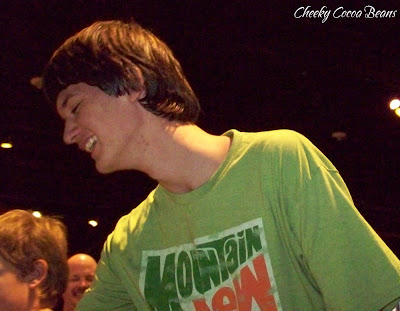 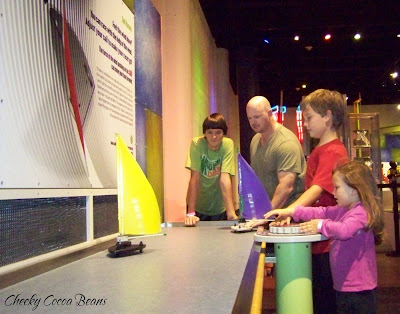 playing with his brother and sister at an elaborate, kid-powered pellet-moving machine, 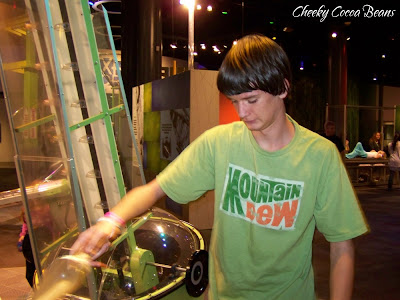 and making a "Tips" jar out of duct tape (which he set out in front of the pellet-moving machine while he, Josiah, and Grace were doing the "work."  Unfortunately, they didn't get any tips.) 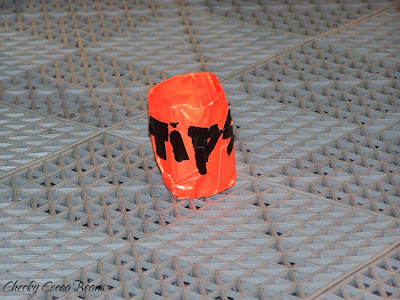 And, yes, he zipped across the little rope bridge at least once. 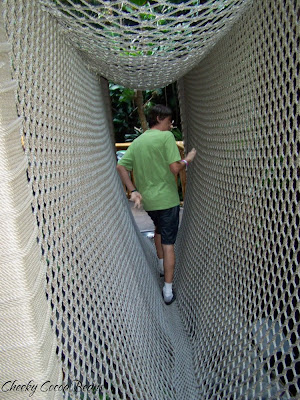 Do you have any kid-friendly, budget-friendly places you would recommend to visit?
Posted by Amy @ Cheeky Cocoa Beans