I hesitate to say "Part One" because then I typically don't get around to posting "Part Two." But here are some photos from the first two days of our trip to Jacksonville, Florida, last week.

The first day was spent mostly in the car. I won't show you all the pictures I took of Grace with her babies (she brought Emily, Emily, and Emily), but I'll show you a picture of her talking on her "phone," a.k.a. a box of Tic Tacs. 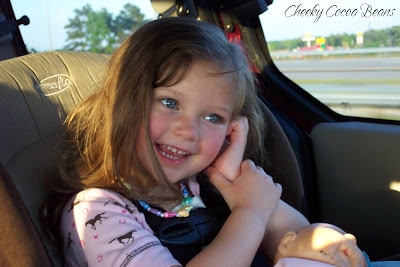 Who was she calling? Her baby Bella, of course. She wanted to see how things were at home. I took pictures as we drove because that's always a good way to pass the time. (And, naturally, many of them didn't turn out. But it still helped pass the time.) 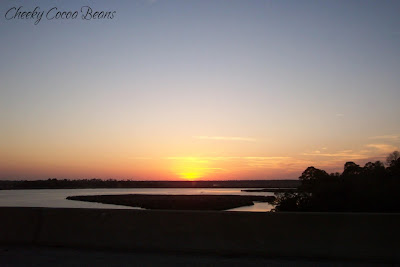 The next day we tried to sleep in after a restless night. We ate a late breakfast 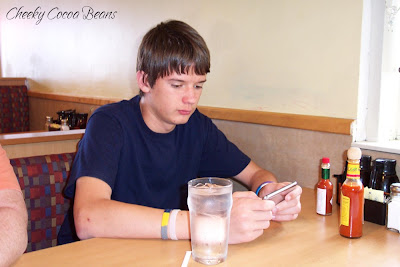 Robert on his iPod while we waited for our order.
and headed over to Neptune Beach just to get our feet in the sand, much to the disappointment of Josiah and Grace. 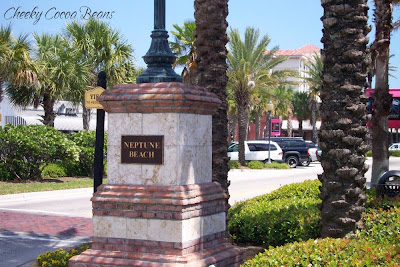 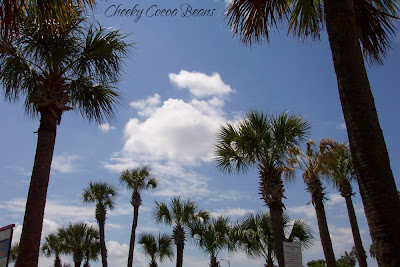 We didn't have swimsuits on yet--Jason and I prefer late afternoon to avoid the crowds and much of the sun--but the kids enjoyed wading in a little... 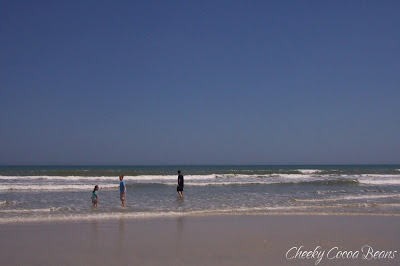 and these two could have run back and forth in the shallow waves for hours. 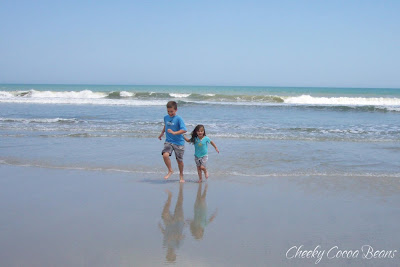 That night, we went to a minor league baseball game. The Jacksonville Suns played the Huntsville Stars--and the Suns won! It was an exciting game, especially with such an entertaining pitcher. Seriously, how can he pitch like this? He looks more like he's doing some kind of dance. That's his leg blurred above his head. I'm tellin' ya, ballet dancers and gymnasts are envious of his flexibility. 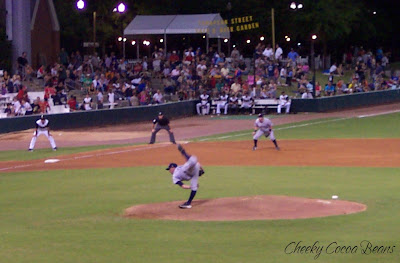 Robert enjoyed some pre-game time on his iPod. (Do you see a pattern yet? There was certainly a pattern.) 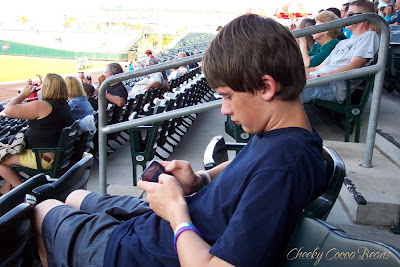 Josiah, who usually likes baseball enough to watch a game, said he was just waiting for cotton candy and for the fireworks after the game...and I think he said more than a couple of times that he was just waiting to get back to the beach. Apparently, we were torturing the poor child by choosing the game over the beach. 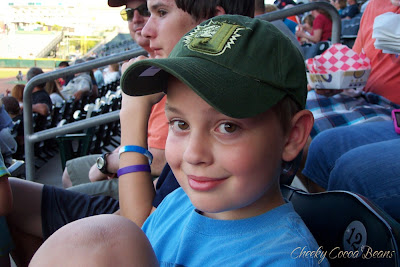 Grace enjoyed seeing the mascot, South Paw (a dog), and his friend Sunny the Bunny, as well as a bright red snow-cone and the fireworks. 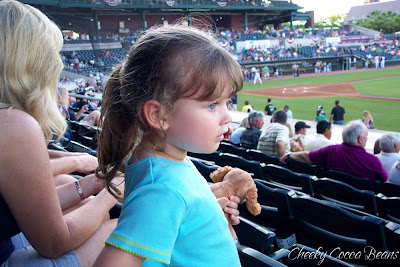 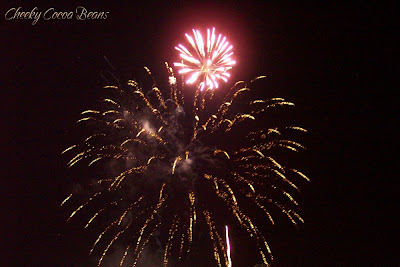 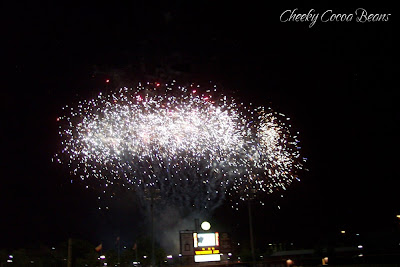