When I have nothing else to say, I show you old photos of a praying mantis

It has been a looooooong week. It has been such a long week, I can't even begin to compose anything you would want to read. So, with that in mind, I decided to post something that has been sitting in my drafts folder for nearly a year.

Earlier this week I decided it was finally time to cut down the morning glory vines we have in several places in our back yard…even though there are occasionally some blooms because the weather is still warming up as though it’s not November. As I was hacking away at one of the thicker sections, I saw something eying me warily…a praying mantis!


Grace, the fearless one, immediately wanted to know if she could “pet” him. 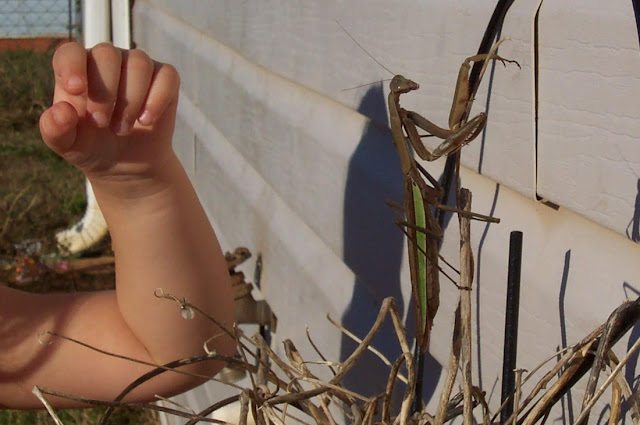 Then, of course, we both took pictures of him. And she kept trying to pet him. 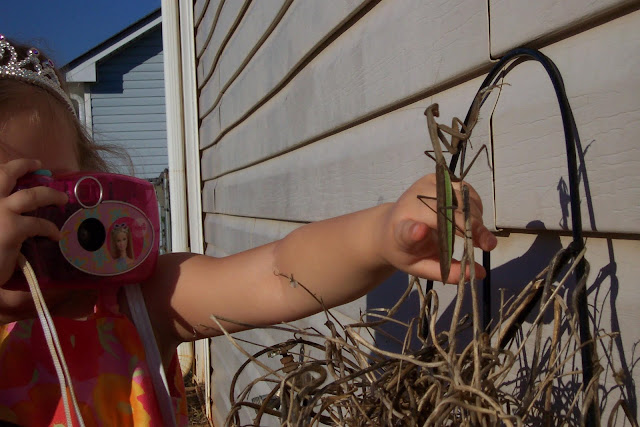 The praying mantis kindly let Grace "pet" him gently for a few minutes, and all the while Grace was saying, "He likes me! He knows I'm his friend!" (She also plays with rollie pollies, ladybugs, crickets--just about anything except ants and spiders...and crickets.) 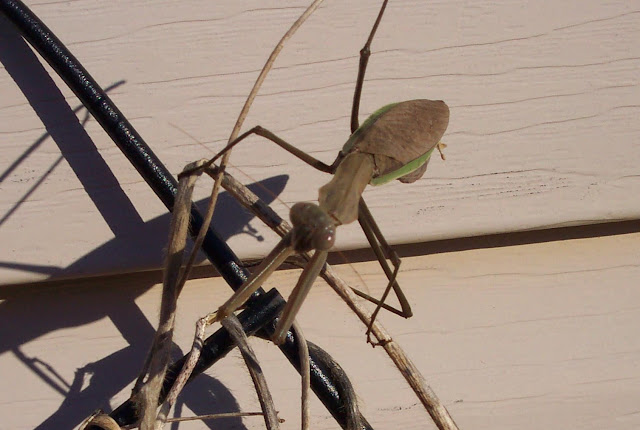 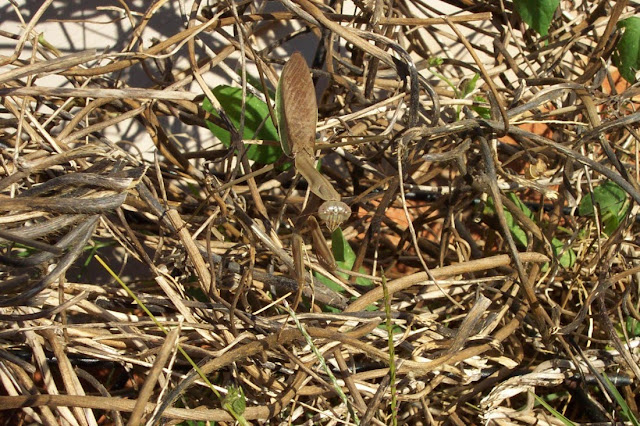 With the praying mantis being so large, it was just a little creepy to me when he would turn his head to look at me. You just don't see many bugs looking right at you. 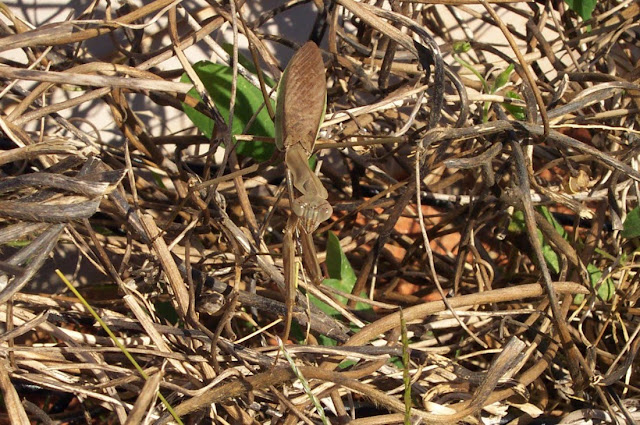 After he’d had enough of the paparazzi, especially the touchy-feely one with a princess crown on her head, he began casually walking his way across our patio and played on the Tonka truck 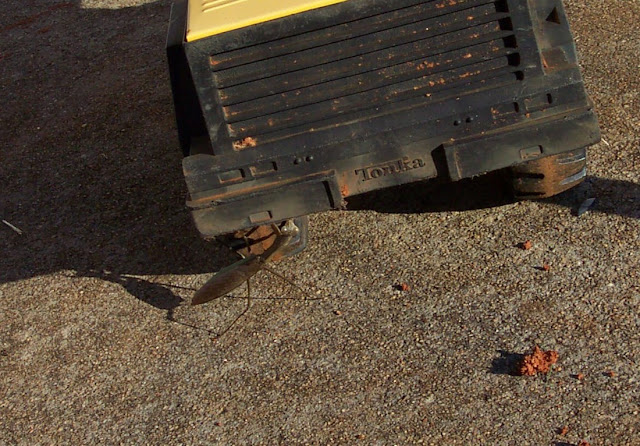 and with a little pink poodle Grace had brought out. 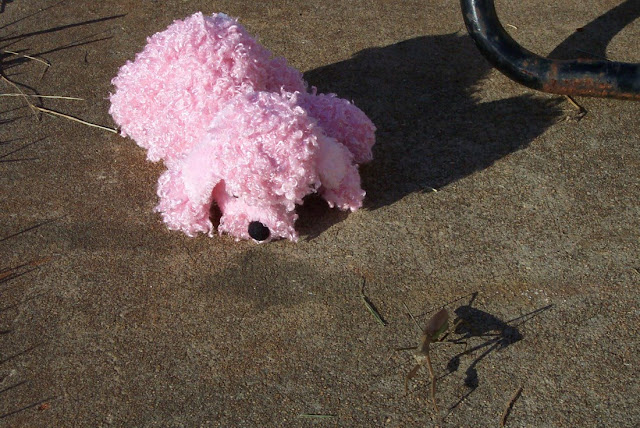 When he ran out of toys, he walked over to the grass and tried to be invisible again. (I think I heard him muttering something about camouflage...) He wasn't as tolerant of Grace's petting anymore, and Grace, being the sweetie she is, left him alone.

Pink Poodles, pictures, and praying mantas all on one blog