I asked Grace earlier this week if she felt like she was going to be four in just a few more days. She said that she already felt like she was four. I'm not exactly sure what that means, but she has been a little sillier lately. Maybe that's it.

Grace's birthday is the day after mine and she was so very excited the day of my birthday, knowing that hers was just around the corner! She was so excited that, even though she went to bed early the night of my birthday, she awoke around 11:00 p.m. and stood in the living room to talk to us.

"This was so silly...I woke up and thought, 'Why am I by myself? Where is everybody?' So I got out of my bed, walked out here to find everyone, opened the [hall] door to come into the living room, and closed the door, and there you were! I was so surprised! Isn't that so silly?"

Jason and I were looking at each other and then her again and again while she spoke her animated and quite long monologue as she stood there blinking from the bright light. I knew then that she wasn't going back to sleep again any time soon...

But she was quite entertaining while she wasn't sleeping and the two of us were hanging out in the living room:

Grace: Is it still your birthday?

Me [seeing that it was after midnight]: No.

Grace: Mom, it's not your birthday anymore.

And later...
Grace [stopping to look at the footed pajamas she was wearing, and speaking with genuine surprise and wonder] My pajamas still fit me! I'm still the same size!

Aren't you glad you don't automatically grow larger with each birthday?

We both eventually went to sleep (2:30 a.m...ugh) and the next day we ate lunch at Stevi B's to celebrate Grace's birthday. 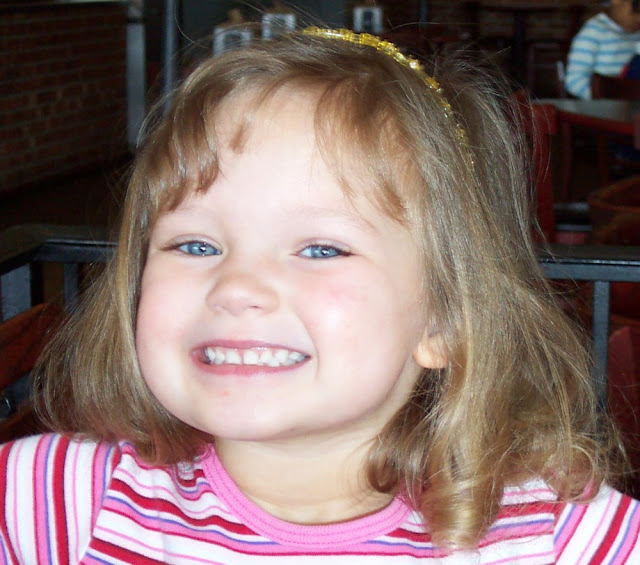 I commented to Jason that if the boys had ever been given "only dressy clothes" for their birthdays, they would have thrown a fit. Grace, on the other hand, was tickled pink. 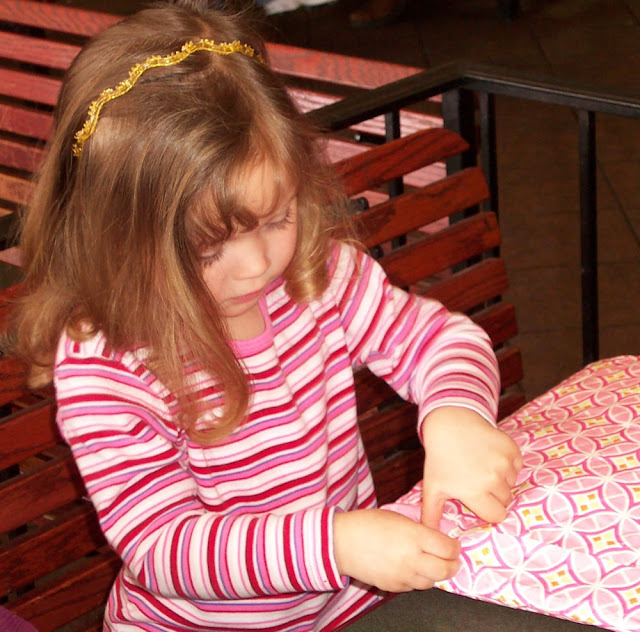 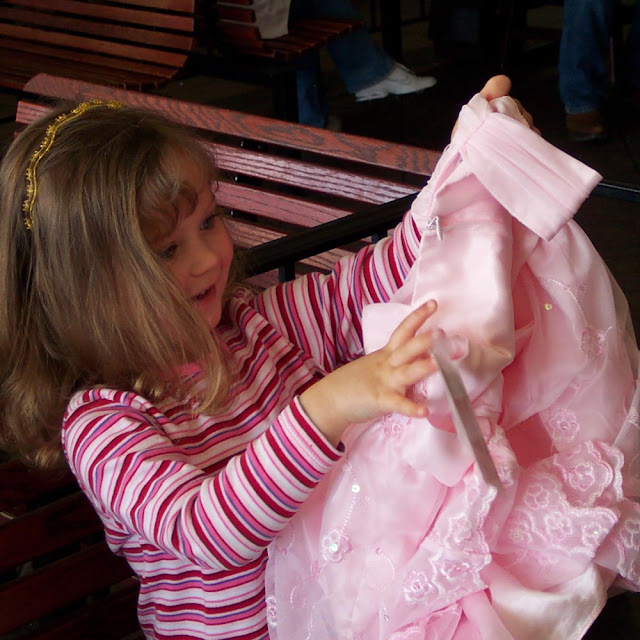 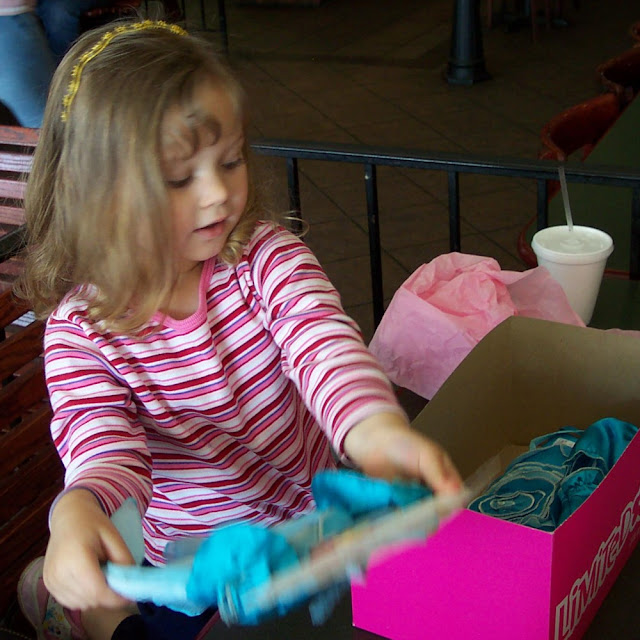 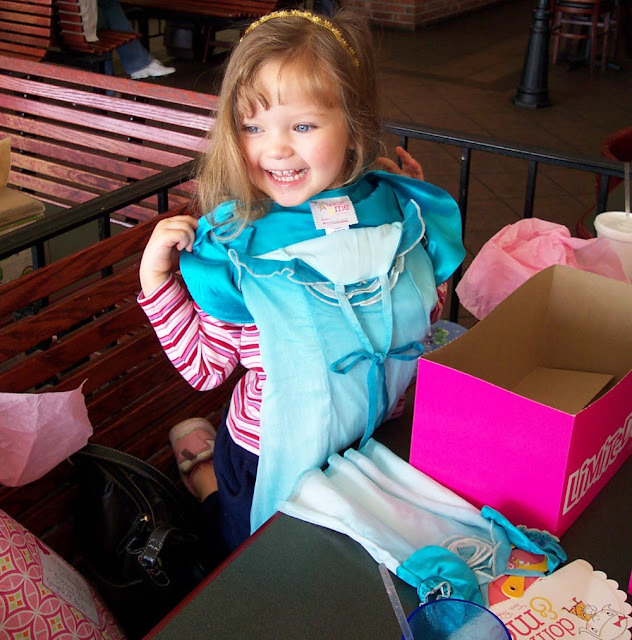 Ahhh, Stevi B's...where a kid can be a kid, the parents don't go crazy from the constant noise and action, and everyone can eat better pizza than you can get at Chuck E. Cheese. 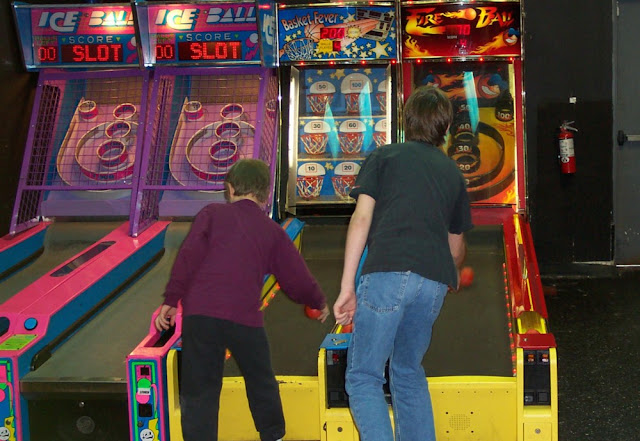 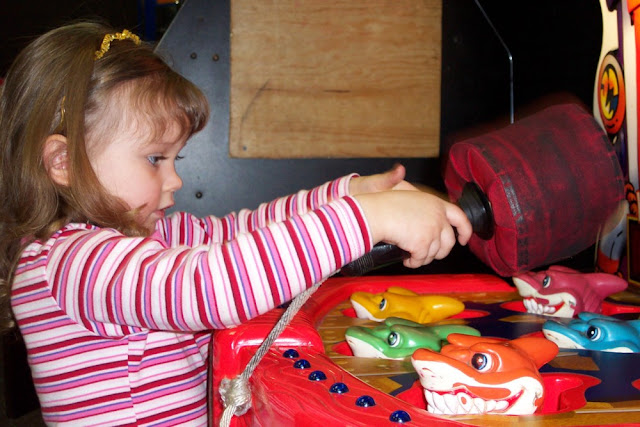 Back at home, Emily immediately dressed up in her new dress 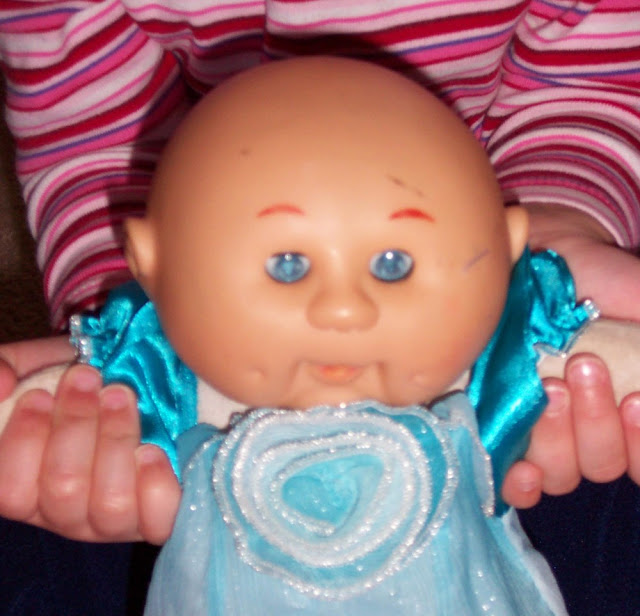 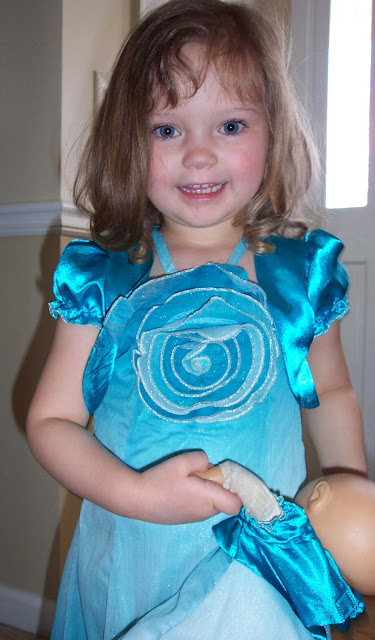 Jason has remarked several times recently, "Is there anything cuter than a 3 year old in footed pajamas?" I think the answer to that is yes: a 4 year old girl in footed pajamas
blowing out her birthday candles... 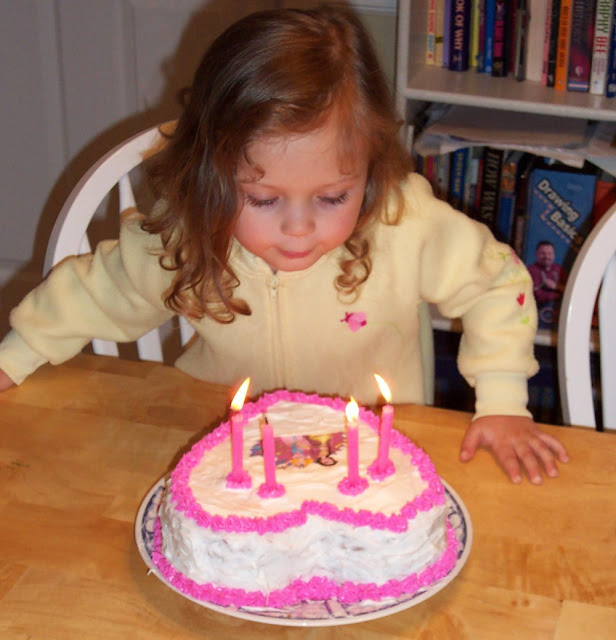 and asleep inside the little princess tent she also got for her birthday. 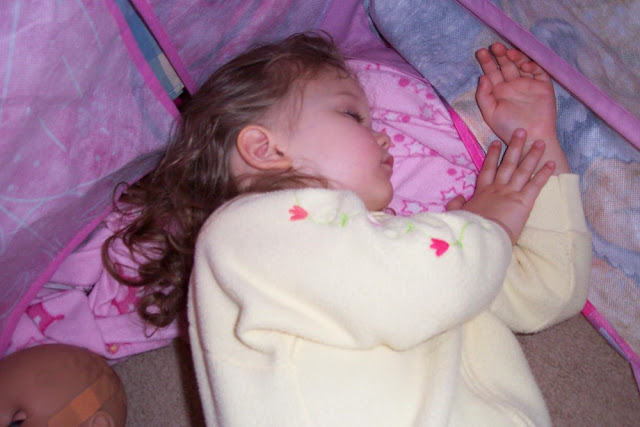