We finally had a good snowfall on Friday!

I made the obligatory trip to Kroger along with about half the people in our area for cereal (we were completely out) and picked up some bread, too, even though we already had a loaf in the pantry. It's required, you know...whether you need it or not, it is your civic duty to show up at the grocery store for bread and milk. (Shhh! Don't tell anyone, but I didn't buy any milk that day. And, somehow, we survived without an extra gallon.) 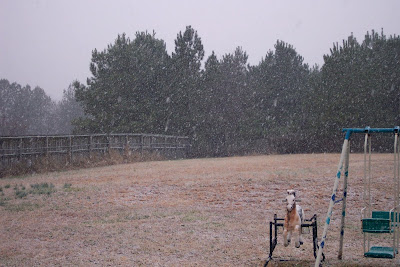 and began a series of snowball fights. 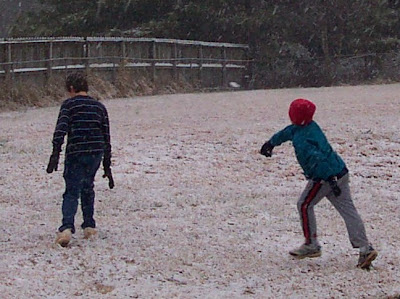 (For the record, Robert does indeed have a nice, warm coat that he could wear. He eventually did wear it...sometimes...but it had to be his idea, seeing as he is 12.)

Grace, on the other hand, decided it was the perfect time to take a nice, relaxing bath. 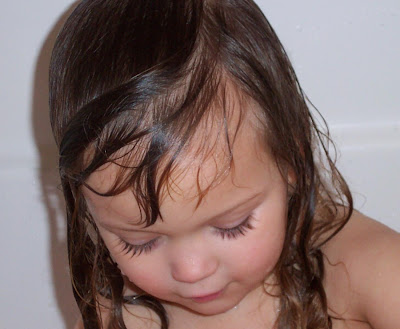 Later, she was ready to check on "Black Beauty." She said she put some blankets on her horse so she wasn't cold. 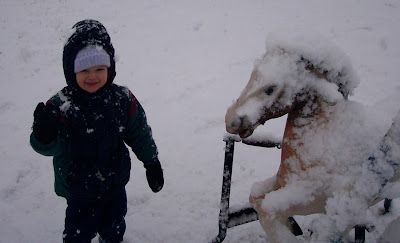 She had a quick snowball fight with Robert 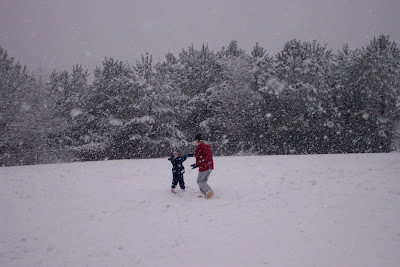 and then got busy making a snow castle, which she named Bella. You can barely see her castle, which was about two feet tall when we came back inside to warm up. 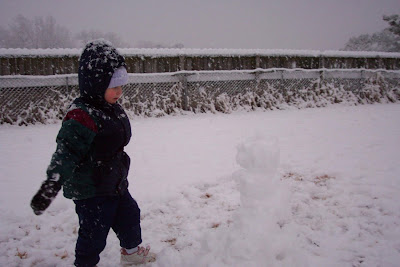 I was at the back edge of our yard, where I took lots of photos of the snow in the trees (where the falling snow wouldn't get on my camera too much--I'll share those photos later). That's Grace near the middle of the photo, working on her snow castle and asking me to come help. I did. 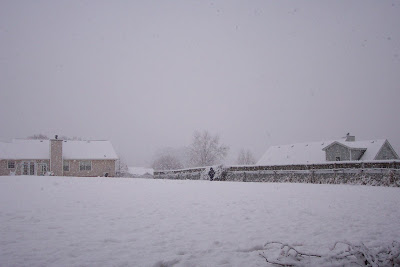 Shortly before we went back inside, I asked Grace if she wanted to make a snow angel. My words were still hanging in the air when she plopped down on the snow and gleefully flapped her arms. ;) 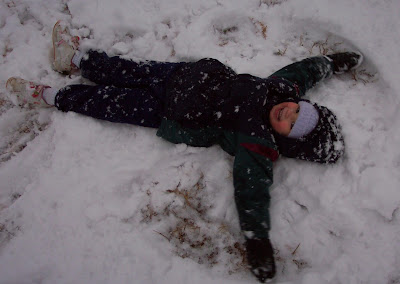 Josiah and Grace played outside again while I fixed supper. Josiah is always ready to pose for the camera if he has any kind of prop, especially if that prop is a giant snowball. 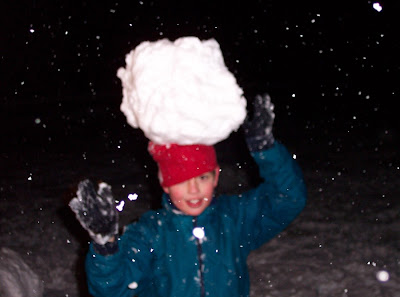 Did you make any snowmen?

Hope you had a Happy Valentine's Day!
Posted by Amy @ Cheeky Cocoa Beans

What a sweet family! Looks like you had a great time.

It's nice to see you and your kids having fun playing in the snow. There's really something about snow that makes people happy, it is really a happy site to look at.