No, not that kind of "new addition."

But I think it's still a great addition! (Even if my husband is less than enthusiastic about my posting these photos. I have apparently crossed a line.)

With all the rain we had earlier this week, I had plenty of time to come up with a fabulous idea of how to extend my existing clothes line with the several feet of line I had left over by tying one end of the line to the porch post... 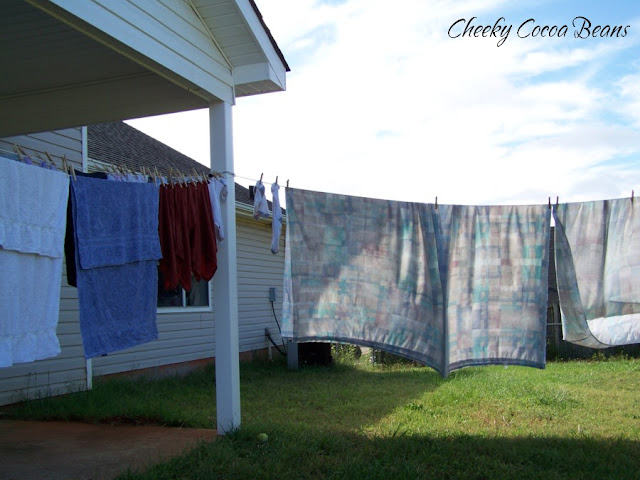 The existing two lines around the porch posts are on the left of the photo, and the new line is on the right

and tying the other end to our swing set. 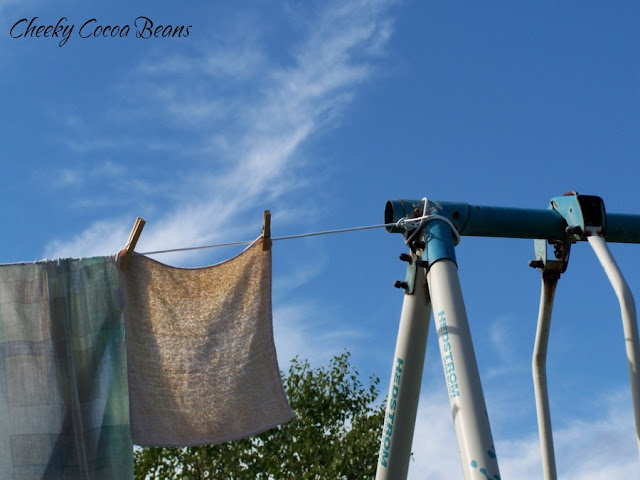 Now I can hang an entire load of whites on the clothes lines at the same time! 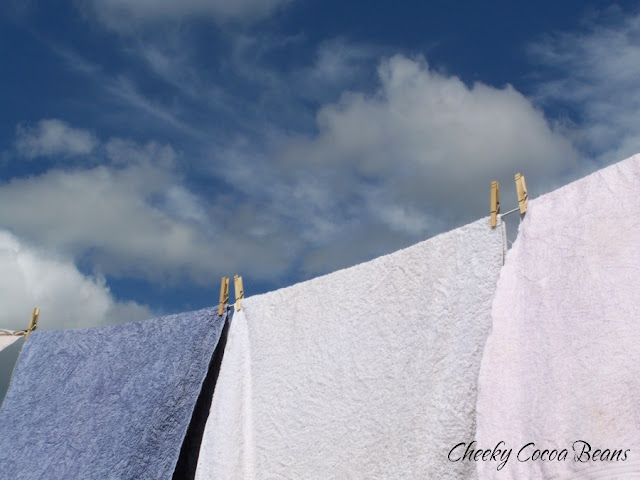 Plus, this little extension will hopefully also extend the time I will use the clothes line during the year, since this portion is in the sun for more hours of the day.

Why, yes, I am easily amused. And, no, I don't have a belt with my name on it...although I did when I was about 8 years old. ;)
Posted by Amy @ Cheeky Cocoa Beans

I'm jealous! I've been begging the hubs to put one up for me for years. He agrees it would be a good energy-saver. But it has not yet motivated him to do it! LOL Enjoy your fresh-smelling laundry! :)