Grace (age 5) was delighted to see Jason's truck in the parking lot of Staples as we walked to the entrance of the store. She pulled at my hand and told me, "Daddy's here! Daddy's here! I'm gonna surprise him! I'm gonna walk up behind him and smack him on the bum!" She giggled and giggled over this scandalous thought, and practically pulled me into the store so she could find him and sneak up on him. When we found him, she gasped and ran off down another aisle, trying to keep me in sight and trying not to let Jason see her. We had arranged to meet at Staples, so it was no surprise to anyone except Grace. The boys and I stood talking to Jason while Grace planned her strategy. She finally went two aisles over, came up behind Jason, and smacked him on the bum. He pretended to be surprised, and then we all nearly doubled over laughing as Grace did a little victory dance, struck a pose and said, in a sing-song voice,

...As though it were just an ordinary child who had come up behind Jason to smack him on the bum, because that's what ordinary children do in stores. ??? Naturally, that's become our newest random phrase.

Grace walked into the bathroom just after Jason had taken his shirt off to examine his range of motion after a recent shoulder injury. Her immediate reaction?

Grace [in a taunting voice, looking up at him as he looks in the mirror]: You're not strong.

I suppose she thought he was "making a muscle." Of all the people to say this to!! (Jason is a weightlifter and without a doubt the strongest person I know.)

Grace decided to make her own money this week. Jason asked her what she would use the money to buy.

Grace: [pauses as she considers this crucial piece of information] Then I'll buy a Spanish bulldog!

I've checked--There really is a breed referred to as the Spanish bulldog. No, we're not getting one, and no, Grace didn't know about this breed.

While Grace and Josiah were playing together today, I heard Grace refer to herself again as being "just an ordinary child." Josiah's reaction?

Josiah: An ordinary child? Not hardly!

I agree! Would "just an ordinary child" teach her baby doll Emily to read and help her sound out the words? 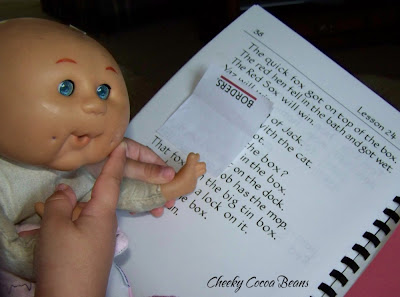 Well...perhaps. But how many five year olds do you know who have a job as a Mail Girl... 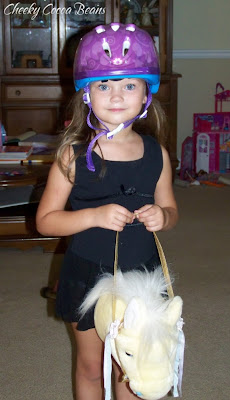 and take that job very seriously?

I only know one, and trust me...she is no ordinary child.

Oh my goodness...that first story just cracked me up!!