I recently took pictures of the kids for the photo we include in our Christmas letter. It was surprisingly easy this year. (And, no, that's not sarcasm.) 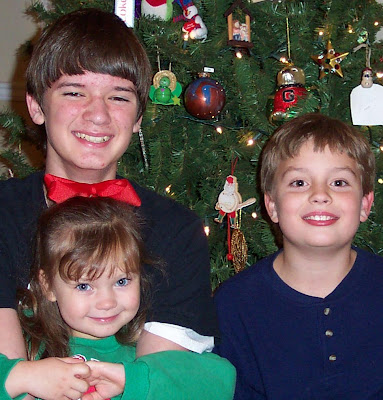 Shortly before the "perfect" shot, this is what was going on... 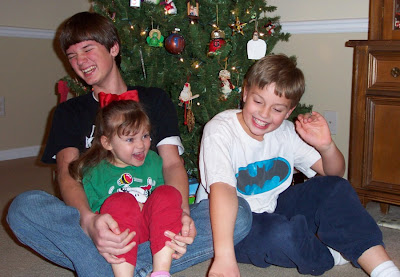 That one really captures their personalities better. I think we'll go with that kind of photo next year. What do you think?

We also made the trek over to the mall to get a picture made with Santa... 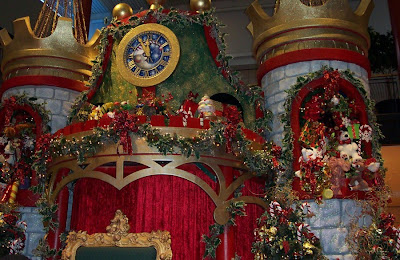 Quite possibly the last Santa picture we'll get with Robert in it. :( He had to be bribed (with Mountain Dew) as it was! 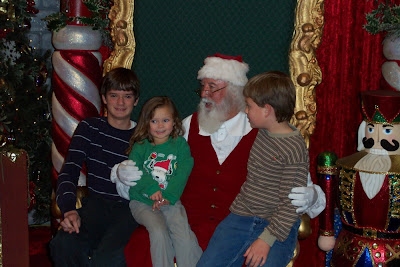 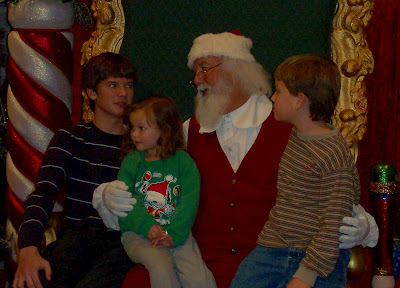 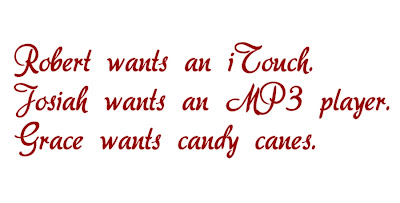 ...And Grace said she would share her candy canes with me. ;)

The kids' take on Santa this year? Grace said that he was supposed to be fatter. Josiah said that Santa seems to be getting younger each year, and that his beard was 2 inches shorter than last year. (Josiah also added that Santa was about an inch or two fatter last year.)