You Capture: In the Kitchen

This week's You Capture challenge is "In the kitchen."

And I had no clue what I was going to photograph until tonight, when I started snapping away while my children were supposed to be getting in pajamas after we arrived home from church.

Let's start with the refrigerator. But I absolutely will not show you my actual refrigerator...only something that sits on top of it. This cute chubby guy belonged to my great-grandparents and great aunt, and I inherited it after my great aunt Mildred passed away a few years ago. 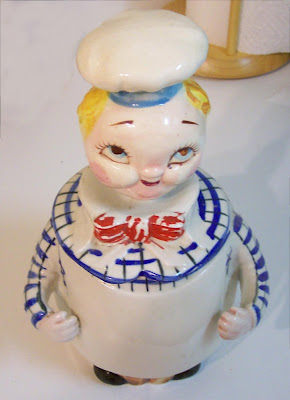 After her death was perhaps the first time--or at least one of the few times--I was actually allowed to touch the thing. Never mind that, as a child, I could stand nose to, um, nose with him on the shelf he sat on in their kitchen. Touching it was not permitted. And my Aunt Mildred could somehow sense when you were standing in the vicinity of this little jar because she was ready to remind you not to touch, even when she was two rooms away.

OK, moving on to the view from my kitchen sink... 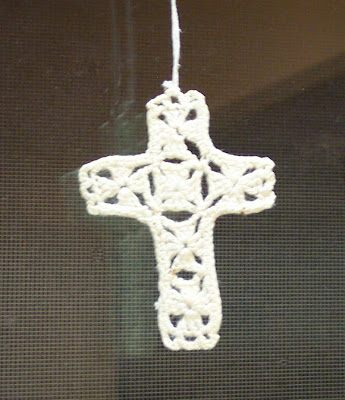 This cross ornament (a Christmas ornament) has probably been in my kitchen window ever since we moved here nearly 13 years ago. It is still (mostly) white and starchy like it was when it was new, despite a less than ideal location. I have thought about moving this cross but...can't. Won't.

This metal-work butterfly is also in my window. 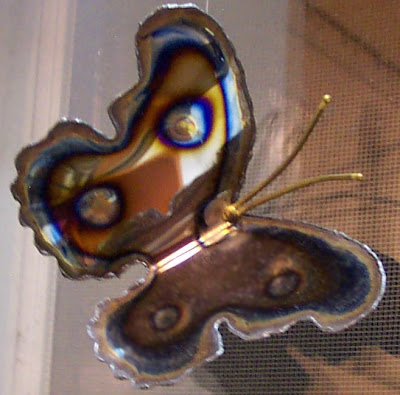 It was a gift from my boys several years ago and hovers above this African violet. 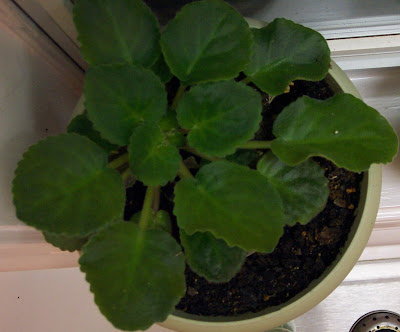 The African violet hasn't felt like blooming in the last few months but is still pretty and still growing well. This was something Josiah brought home one Wednesday night after his teacher at church helped the children in her class plant tiny African violets for a Mother's Day gift. (See, Dedi? I told you it was still alive...and growing! How old is it? Five years?)

And this is my only other indoor plant that has survived over the years. This is one of two cacti that are in a pot...and I have to admit that there was a third cactus that didn't survive my care. I think I may have over-watered it. 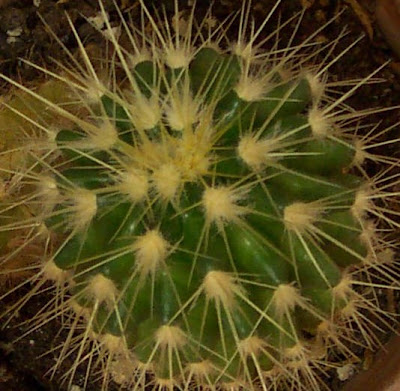 We homeschool...so guess what else we have in our kitchen? Lots and lots of books. 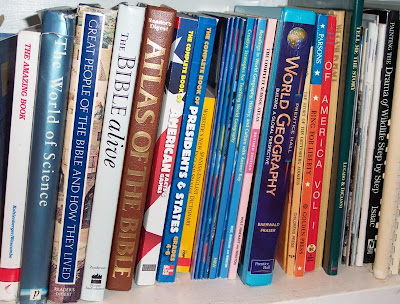 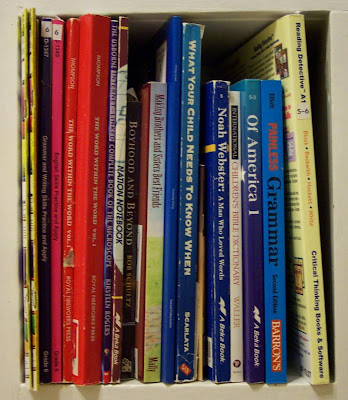 No, I won't make you see all of them. There are lots and lots more.

We also have a globe (also from my Aunt Mildred...it is old and outdated when it comes to the names of several countries!); colored pencils, crayons, and markers; and...a chicken. 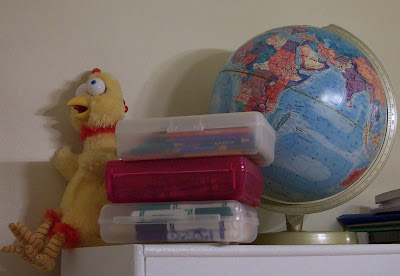 Check out other You Capture entries at I Should Be Folding Laundry, and join in on the fun!

Email ThisBlogThis!Share to TwitterShare to FacebookShare to Pinterest
Labels: Photos, You Capture

What great treasures! I love the first picture; I want it! :) (Visiting from You Capture)

Awesome shot of your cactus!

I so wish I could grow anything!! Love the chubby guy on your frig! I have many of my grandmother's things and I cherish them all!

Just as an aside, the chubby figure on top of the frig looks nothing like her husband*

I love the jar, what a special treasure!

Of course you have to have a chicken! So cute.

I love that shot of the cactus! :)